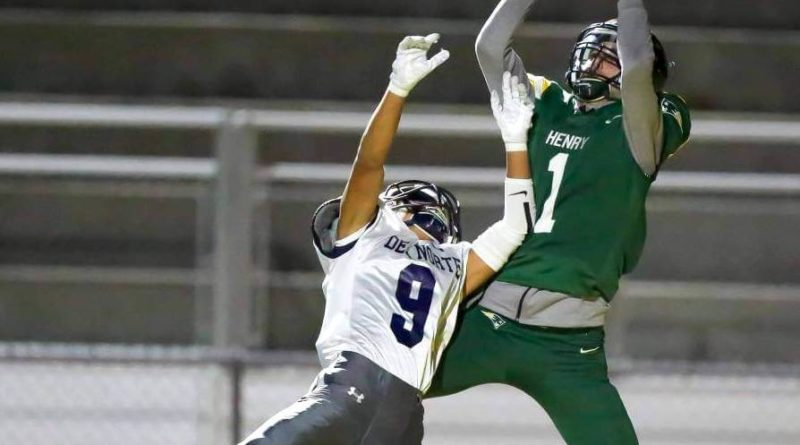 Here’s a look at the five best dual sport football/basketball players in the San Diego Section.

(Did we miss someone? Let us know in the comments.)

A standout on the football field, Allen-Patmon has also been a key contributor on the hardwood as a four-year varsity player. His basketball career ended this past Saturday as he headed out to Nevada to enroll early for football after graduating a semester early.

Jessie had a breakout season on the football field, reeling in 16 touchdown passes. He’s the star on the basketball court for the Patriots, who are fighting for a Division 2 playoff spot.

A two-way star on the football field, McWilliams also starts at guard for the Saints and dropped in a career high 29 points against Riverside Poly earlier this season. He’s signed to play defensive back at Cal.

A tight end for the Lancers, Nelson broke his collarbone in the open division championship against Helix. He returned to the basketball court this past week where he’s made his mark as one of the county’s top shooters.

A 6-foot-8 tight end, Norberg provided a big mismatch for the Falcons who were undefeated going into the Division 3 championship game. A double-double threat on the basketball court, Norberg is coming off of a 21-point, nine-rebound, three-block, and three-steal game over tenth-ranked San Diego.