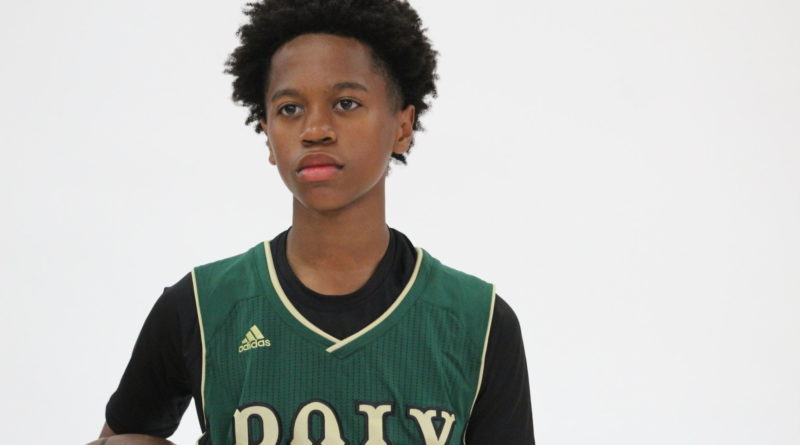 We’re nearly two months into high school basketball season. Below are five players that have significantly raised their stock so far this year.

Watson earned his first scholarship offer from Cal Wednesday night following Long Beach Poly’s 79-60 win over Long Beach Wilson. He may be overshadowed at times by his older brother Peyton, but Christian has proven he’s a Division 1 prospect this season.

Harper has exploded onto the Southern California high school basketball scene this year following his transfer from Arizona. He scored 32 points in a win over Heritage Christian at the Classic at Damien and 28 in a loss to Sierra Canyon earlier this season. He performs best when the lights are brightest. Harper has earned scholarship offers from Virginia Tech and USC so far this year.

Following a so-so start to the season, Taft is now playing like City Section Open Division title contenders and Lloyd has been the main reason why. The sophomore scored 27 points in a win over Chatsworth Wednesday, 29 in a victory over Birmingham Monday and 32 in a win over Santa Clarita Christian on Saturday. What will he have up his sleeve on Friday against El Camino Real?

We didn’t include Whitney in our Top 50 basketball players in Southern California list at the beginning of the season. We were wrong.

Whitney scored 26 points in a win over Loyola last week. On Wednesday, he hit a game winning buzzer beater against Notre Dame.

Alemany is 17-5; they’re one of the biggest surprise teams in the Southern Section. Whitney, a Montana commit, has been the driving force behind Alemany’s strong season. It seems like he improves his stock every time he takes the floor.

Moore put Brentwood on his back in a 60-57 upset of Windward on Wednesday. He scored 30 points in the victory. Last week Moore scored 25 points in a loss to Crossroads. He holds a scholarship offer from Denver. Look for his recruitment to takeoff soon.