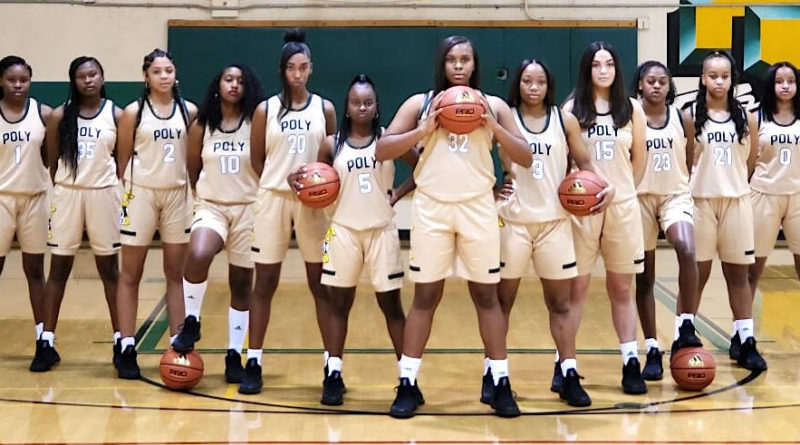 Three games in three days for Poly, and they beat Cabrillo, Jordan, and Compton by a combined 253-47. They’ve only lost to two out-of-state teams that are among the best in the country, and beaten the majority of the top challengers on this list. Some other rankings out there don’t have them at the top in SoCal, or even in the top three, and it’s astounding.

Next Saturday they take a quick break from league play to get their first crack at Sierra Canyon. A loss could of course drop them slightly, but a win would greatly increase their distance from the pack, and hopefully wake up anyone left out there who is somehow still sleeping on the Jackrabbits.

With their only loss on the season coming a couple weeks ago to Long Beach Poly, LJCD is one of a few other teams behind them on this list who are still in the hunt for a state and perhaps national championship.

Bishop’s is a dang good team, and the Torreys beat them by 54 last week. Two days later they beat Francis Parker by 59.

The Trailblazers beat Chaminade 59-34 without one of the best players in the country in Ashley Chevalier last week. They also had a solid win over Bonita Vista. With their only losses coming to nationally elite DeSoto (Texas) by nine and both Mater Dei and LJCD by one, Sierra Canyon is one potential win over Long Beach Poly on Saturday away from perhaps reclaiming the top spot.

The Monarchs had only their second loss of the year last week against Rosary Academy, and it was by ten. Rosary Academy is a very worthy challenger to say the least, but Mater Dei drops two spots for it and is even skating on thin ice at number four.

That said, it was just one game, and there’s no reason to think they can’t bounce back. They followed it up by blowing out Santa Margarita and narrowly getting past Harvard-Westlake. Mater Dei gets their rematch with Rosary Academy a week from Thursday.

Blowout wins over Los Osos and Rancho Cucamonga initiate what should be an ugly annihilation of Etiwanda’s league circuit. They also impressively beat Marlborough by ten on the tail-end of a back-to-back on Saturday.

A double-digit victory over a consensus top-ten team in the country in Mater Dei moves the Royals to 13-8, essentially setting up a three-way tie for four, five, and six. Rosary Academy’s last game before that was a close loss to Etiwanda. They’ve been up and down this season as a result of their difficult schedule, and are ridiculously hard to rank.

But for those who may have hoped for an even bigger leap after their outstanding start to league play, which included a close win over fearsome JSerra, don’t worry–we have our eyes peeled. More great wins could absolutely vault the Royals upward despite their relative inconsistency starting off the year.

Last week was business as usual for Centennial, beating strong Santiago by 20 and wrecking Corona by 69. Next week they face rival Norco before a couple potential challenges in King and Aliso Niguel.

For the second straight week, Windward beat a team expected to give them a run for their money by more than 40. Last week it was West (Torrance), and this time it was Fairmont Prep.

The Wildcats have numerous challenges in the next few weeks, particularly Sierra Canyon and Long Beach Poly. The way they’ve been playing, an upset may be in the cards, and either way they might be on the rise sooner than later.

The Wolverines blew out Notre Dame Academy last week before losing by four to Mater Dei. That’s par for the course. They’ll have chances to rise during Mission League play.

Troy’s stock has been on a sharp rise after beating Plano and blowing out St. Mary’s Academy over the holiday break. This week it’s steady, as they handled Fullerton, Sonora, and Glendora in league play.

Like Troy, Orangewood Academy remains in place after jumping the week before last week. They crushed a struggling St. Margaret’s squad on Tuesday, crushed a strong Sage Hill squad on Thursday, and edged out West in a close one on Saturday. The Spartans will have plenty of tough foes in coming weeks to potentially rise further.

Lynwood blew out Paramount and Warren last week as expected. Maybe the 56-point margin of victory over Paramount was quite a bit more than expected though given that the Pirates were 11-2 coming into the match.

With Ashley Chevalier out, it was disappointing that Chaminade couldn’t at least make a game out of Sierra Canyon last week. But they bounced back to edge out Marlborough behind them, so no movement is warranted.

The Mustangs maintained the status quo by beating Alemany by 18 and losing well-fought games against Chaminade and Etiwanda. This week should present a couple relatively easy victories in South Pasadena and Notre Dame Academy. The following week will be intense, with Esperanza, Harvard-Westlake, and another crack at Chaminade.

The Wolves won a huge in-league matchup with Roosevelt last Monday, and blew out Norco two days later. Friday they finally get their shot against Corona Centennial. They’ll be major underdogs, but an upset might not be impossible. If they pull it off, it will both shake up these rankings and give them a stranglehold on the Big VIII League.

It’s been a couple rough weeks for the Warriors, but there’s no shame in losing a two-possession game to Orangewood Academy on the second night of a back-to-back. They also blew out Inglewood the day before.

Roosevelt lost narrowly to King and blew out Corona last week. This Wednesday is another huge game with Santiago coming in with an upset in mind.

The Dons blew out Serra (San Diego) last week, which isn’t surprising except Serra was coming off a major upset over Mater Dei Catholic.

After a disastrous week prior, the Knights bounced back last week in a huge way. They easily got past Gardena Serra, blew out a solid Cantwell-Sacred Heart squad, and then beat St. Mary’s Academy by 14.

As expected, Esperanza blew out El Modena and got past El Dorado without too much trouble.

Saugus is really rolling now. It was another ideal week, beating a strong Valencia (Valencia) team by 13 and blowing out West Ranch and Westlake. At this point, there’s a chance they win out by double-digits for the rest of the regular season.

The Scorpions added three more wins on the year, crushing a good Royal squad and Oak Park before beating Narbonne by 11.

It was a great week for Flintridge Prep despite playing a back-to-back-to-back. The first two games were blowout wins over Mayfield and Providence, and they still had enough left in the tank to beat dangerous Gardena Serra 60-53.

North is finally ranked after yet another unbeaten week. This time they picked up two of their best wins yet, first beating Torrance and also holding off Legacy on the second night of a back-to-back. This week is their long-awaited showdown with West.

RHP looks like a perfect sleeper team going forward. They lost close ones to Camarillo and West, lost by 18 to Lynwood, and have otherwise cleaned up. They haven’t had many chances to show out otherwise, but they did beat St. Paul by double-digits just over a week ago. They face North in two weeks and that game should be fairly telling.

The Rams are still undefeated. However, they haven’t played anyone notable outside of St. Anthony, who they defeated by eight. This week they have Woodrow Wilson and Long Beach Poly, so we’ll see how they hold up against elevated competition. If they beat Wilson and come anywhere close to beating Poly, they will enter the rankings.

Like Millikan, Westview has beaten a lot of very good teams but no great ones. They do have one standout victory in a blowout against San Clemente. But they also lost by double-digits to a great but not elite La Costa Canyon team. With a relatively easy league circuit, it might be a while before it’s clear just how good they are.