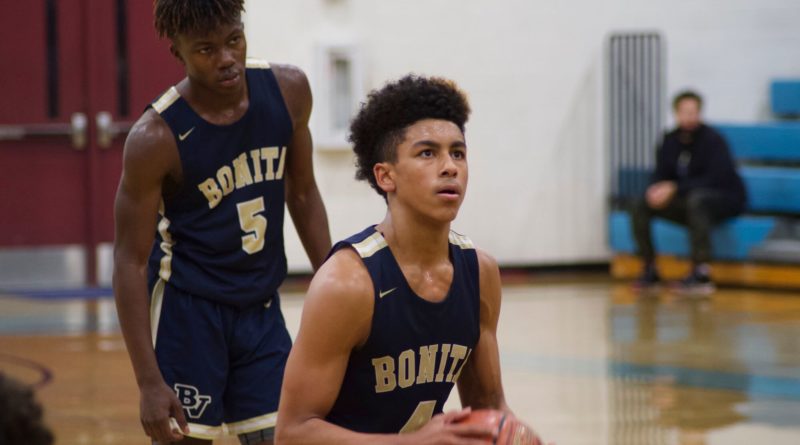 I’ve had the chance to see Bonita Vista play twice in the last week and it’s clear that the Barons have positioned themselves as one of the favorites for this season’s Division 2 boys basketball title along with San Diego. After a 12-win season a year ago, the Barons have already surpassed that total with their 13-4 start before league play has even begun. Leading the way for the Bonita Vista resurgence has been the trio of junior guards Damajae (DJ) Sanders, Damascus (DM) Sanders, and Morris (Momo) Stokes. The three guards are combining to average 50 points per game. In two games against Rancho Buena Vista this season, the Sanders brothers have combined for 75 points. Head Coach Don Dumas has a talented group that figures to make a deep playoff run in each of the next two postseasons.

Reaching the 1,000-point mark for a career has long been a top measure of a very successful high school basketball career. This year in San Diego, several have already hit this mark with a few others well on their way. Poway’s Adam Sevier, Carlsbad’s Jailen Nelson, San Ysidro’s Kailen Rains, Olympian’s Gio Martinez, El Capitan’s Jacob Pfitzner, Foothills Christian’s Yassine Gharram, and St. Augustine’s Chibuzo Agbo and Luke Haupt are all seniors that have passed the mark.

San Diego’s AJ Burgin, Cathedral Catholic’s Thomas Notarainni, and Tri-City Christian’s Keaton Webb are a select group of juniors that have already passed the 1,000-point mark with well over a season left to play. Seniors Brandon Angel of Torrey Pines and Noah Fields of Rancho Buena Vista are two players that took a backseat to older players a year ago but have put up huge numbers to lead their teams this season and are closing in on the 1,000-point mark as league play gets going.

It’s been an up and down season for El Capitan, but senior guard Jacob Pfitzner has been a consistent bright spot. He’s scored in double digits in every game with a season high of 36 points against Classical Academy. In 16 games so far this season he’s averaging 21 points and 6 rebounds per game.

Reggie Everett is a four-year varsity player for Lincoln, but he seems to have really settled in in his senior season for the Hornets. Everett scored a career high 48 points against Southwest San Diego and followed it up with 33 points against Lincoln a few games later. He’s averaging 20 points per game and has the Hornets off to a 7-6 (1-0) start to the year.

Del Norte is off to a 6-0 start in the new year thanks in large part to senior forward Zach Moore. Moore is averaging 18 points and 9 rebounds per game, leading the Nighthawks in points, rebounds and blocks.