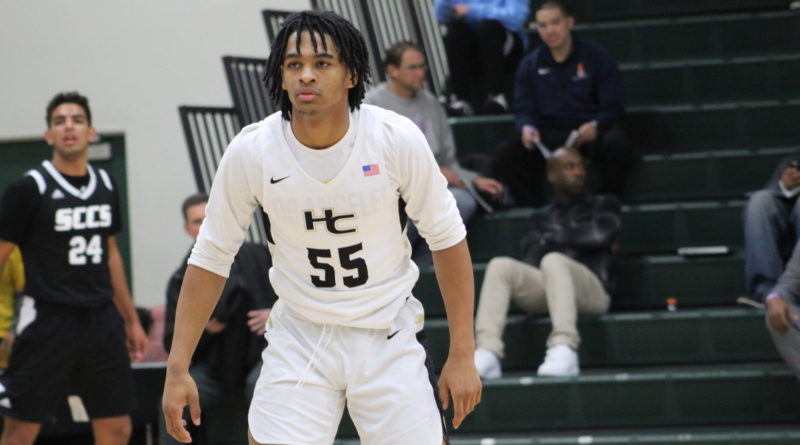 With the regular season wrapping up in a few weeks, the playoff pictures in the Southern and LA City Sections are becoming clearer and clearer. I think the Open Divisions in both Sections will be extremely competitive. The City is wide open and in the Southern, while Sierra Canyon is the favorite, there is no guarantee that the Trailblazers come out on top in what will be a loaded eight team field. There are too many good teams behind them.

To me, Sierra Canyon, Rancho Christian and Corona Centennial are locks. If Etiwanda, Harvard-Westlake and St. Anthony win their leagues like they’re expected to, they’ll be in too. The Trinity League winner will also get a spot. Mater Dei is the favorite there. That leaves one opening, which is where things get interesting.

If JSerra or St. John Bosco win the Trinity League or there is a tie at the top, it’s likely the league will get two teams in like they did a year ago. If Mater Dei or one of the other teams win outright, that opens the door for Heritage Christian or Santa Clarita Christian. I think a second place Mater Dei could still get in, but I don’t think a second place St. John Bosco or JSerra would.

The other team in contention is Ribet Academy. If the Fighting Frogs finish the year as undefeated Harbor League champions they’ll be 20-1 going into their final regular season game against Rancho Christian on February 8th. If Ribet wins that game, they will definitely be considered. Even if they lose, they still might get a shot.

If Riverside Poly wins out, they would have to be considered too. They play Rancho Christian on January 25th.

The question here is which league will get three teams in the Open Division field, the Western League or the West Valley League?

The way I see it is that there are nine Open Division caliber teams, but only eight spots. The nine teams in no particular order are Fairfax, Washington Prep, King/Drew, Gardena, Westchester, Palisades, Birmingham, El Camino Real and Taft. One of these teams will miss out and become the favorite to win Division 1.

Before I can make any concrete predictions, I need to see how the West Valley and Western Leagues finish. If Taft and Palisades each finish third in their respective leagues, Palisades would most likely get in because of their head to head win. If Birmingham and Palisades are both third place teams, then Birmingham would be in over Palisades because of their head to head win. I’m not sure what would happen if El Camino Real and Pali are each third place teams.

If Palisades finishes in second place in the Western League in front of Westchester, then I think the Comets miss out regardless of what happens in the WVL. Remember too that University is in the Western League and it’s no guarantee that Palisades or Westchester finish above them, although I do believe that is likely going to happen. These are a lot of scenarios, so the main takeaway is that a lot still needs to play out…

Gun to my head, I think Palisades will be the odd team out, but like I wrote earlier, it’s too early to make that call, especially when Palisades and Westchester play tonight.

Here’s a prediction I’m more confident about: the Open Division playoffs will be the most competitive I’ve seen in my three years covering high school basketball in the region. Unlike the last two years, Fairfax and Westchester aren’t the two clear top teams in the Section. The race for the Open Division crown is wide open.