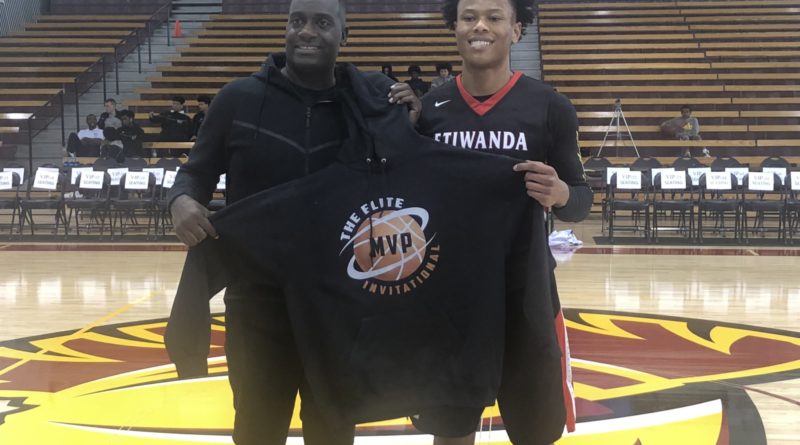 SIERRA CANYON BOYS BACK ON TOP

Sierra Canyon took down Rancho Christian 78-62 in a rematch of the Classic At Damien Platinum Division championship (a game Rancho Christian won) in the nightcap. Sierra Canyon senior BJ Boston led all scorers with 30 points. This win will move the Trailblazers back up to the top spot in the Scorebook Live California state-wide basketball rankings that will come out Monday.

After one quarter Sierra Canyon led 20-19 over Rancho Christian, but from there the Trailblazers separated. Midway through the second quarter Boston hit a three-pointer and then Sierra Canyon quickly forced a turnover leading to a Ziaire Williams dunk. The Trailblazers led 31-24 after that sequence. Later in the quarter, Williams hit a buzzer-beating three to extend Sierra Canyon’s lead to 43-34.

The Trailblazers went on a 6-0 run to start the third quarter and then Boston put the game away with under five minutes to play in the fourth quarter when he hit a floater, a three and then assisted on an Amari Bailey dunk in quick succession to put Sierra Canyon up 15.

Sierra Canyon will most likely be the top seed in the Open Division playoffs in the Southern Section following this win. Rancho Christian will compete with Corona Centennial for the two spot. Things are heating up…

Sierra Canyon rolled to a 59-34 win over Chaminade cementing their place as a top five team in Southern California. Duke signee Vanessa DeJesus scored 18 points to lead the Trailblazers.

Sierra Canyon played without star point guard Ashley Chevalier who was out with a right knee injury, and they still dominated. They led 32-13 at halftime.

The Trailblazers only Southern Section loss this season came by one point to Mater Dei. With the playoffs approaching, the defending Open Division state champions look primed for another long postseason run.

Ribet Academy rolled over Mayfair 80-65 in game three. Ribet held a consistent 20-25 point lead in the second half.

Tyler Powell and Snookey Wigington each scored 25 points for Ribet. Barrington Hargress had 20.

Mayfair has one of the top guards in the 2020 class nationally in Joshua Christopher and another in the class of 2022, Dior Johnson. These two orchestrated an offense that played at a breakneck speed for Mayfair. The Monsoons run and gun style led to a sloppy game that ultimately ended up helping Ribet. The Fighting Frogs were happy to play at a quick pace and had multiple dunks in the victory.

Mayfair wasn’t intense on defense and too isolation focused on offense. It was ugly and Ribet made them pay.

This game was tight.

A Reese Dixon-Waters heave from just inside half court nearly went in as time expired in the fourth quarter, but the shot rimmed out and Fairfax won 66-65.

With three seconds left in the game and St. Bernard down by three, Dixon-Waters was fouled shooting a three-pointer. He missed the first free-throw, made the second and then hit the third despite intentionally trying to miss. Bernard fouled Keith Dinwiddie on the inbound to send him to the free throw line with two seconds left. Dinwiddie missed the front end of the one and one, which led to the potential game-winning shot from Dixon-Waters that was off the mark.

St. Bernard was without senior Nick Bowden in this game. He’s been sidelined since December 26th with a sprained ankle. The Vikings were undefeated before his injury and are 3-5 since. Fairfax will stay ahead of St. Bernard in Monday’s Southern California rankings following the victory. The Lions were no. 19 last week and St. Bernard was no. 21.

Renaissance may have lost big, but Andrii Basovets drilled a pass off of the backboard setting up Koat Keat for a beautiful slam in the second half. It was a consolation, but a pretty impressive play.