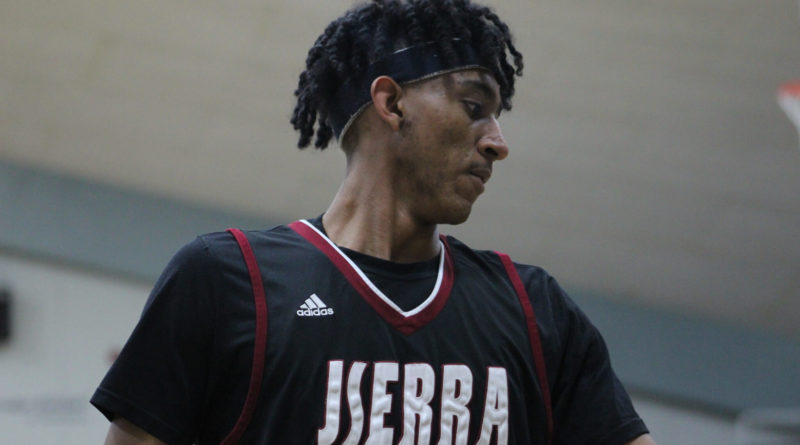 BELLFLOWER — JSerra senior Ian Martinez scored 29 points and had the game-winning assist in the Lions’ 55-54 win over St. John Bosco in Trinity League play on Friday. Both teams are 1-1 in the league after tonight’s game. Below are three observations.

JSerra scored 25 points in the first half and trailed by eight at the break. Martinez scored 16 of the 25.

“He’s a helluva basketball player,” JSerra head coach Keith Wilkinson said postgame. “He kept us in it in the first half. Without him, we would have been in trouble.”

The Lions were nearly in trouble once again at the end of the fourth quarter, but their star bailed them out once more. With under ten seconds to play trailing 54-53, Martinez whipped a pass to Lion center Francesco Borra who laid in the game-clinching layup.

The Utah signee’s pass was the second time he’s thrown a game-winning assist to Borra this year. Martinez made a similar play in the Torrey Pines Holiday Classic championship to give the Lions a win over Sacramento Sheldon.

The Lions were upset by Santa Margarita at home Wednesday losing 45-43. With the exception of Martinez, JSerra was sluggish offensively again on Friday in the first half against St. John Bosco. At halftime, Wilkinson told his team to take more shots.

“We looked hesitant in the Santa Margarita game,” he said. “So tonight, I said hey, let it rip, we’re on the road, go play your game. If you’re open shoot it, if you’re not, make the right basketball play and trust your teammates.”

JSerra outscored St. John Bosco 15-8 in the third quarter, which put them in position to win the game in the fourth. Junior guard Max Bowman hit a buzzer beating three-pointer right before halftime and then had four points in the third quarter. His contributions were key.

“The Trinity League, it’s brutal man,” he said. “Every night is a battle.”

St. John Bosco beat Servite in overtime in their first league game and JSerra fell to Santa Margarita who lost to Orange Lutheran tonight. Every game will be competitive. Stay tuned…