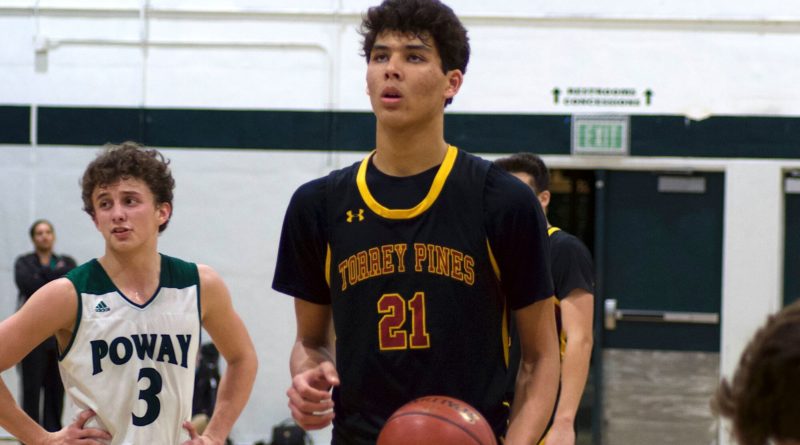 The Texas Tech signee has the Saints sitting atop the section rankings and is looking for his 3rd consecutive All-CIF selection.

The Stanford signee took a lead role for the Falcons this season and is averaging 20 points and 9 rebounds per game.

Ferrari has been to the section title in each of his first three seasons, winning two of them. He’s got the Lancers in the mix for an open division berth this season.

Gharram signed with Yale in November and has continued his impressive state line this season with 19 points, 6 rebounds, 6 assists, and 4 steals per game.

The experienced forward forms a great 1-2 punch with Agbo for the favorites in the open division.

Nelson helped lead Carlsbad to the division two championship last year and is averaging 26 points per game this season.

The Cal State Northridge signee recently passed 1,500 career points with half a season left to play.

The Hawaii signee sat out last season after a transfer but has jumped back into action and was named an all tournament selection at the Torrey Pines Holiday Classic.

The Cal-Poly signee has the Patriots sitting in the middle of the open division playoff race.

The primary ball handler and scorer for the Titans, Sevier has been a key part in the resurgence of the basketball program at Poway, winning 55 games and counting over the past three seasons.