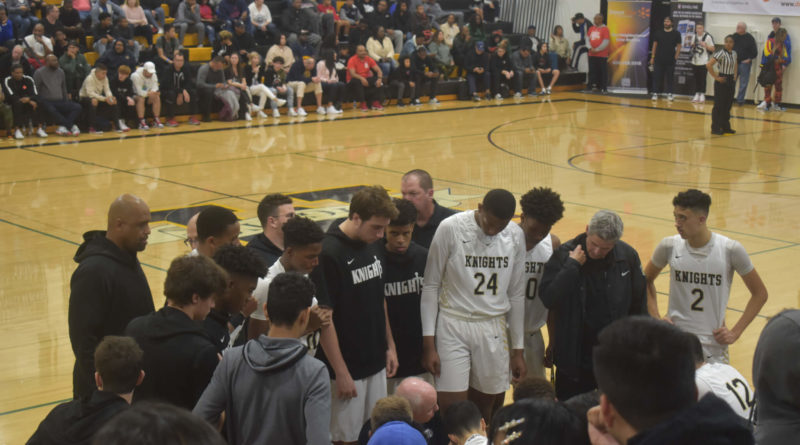 TORRANCE– Bishop Montgomery came up short in front of their home crowd in a 65-61 loss at the Real Run 2020 Winter Classic to a formidable Heritage Christian squad. Skyy Clark led Heritage with his usual 25 points, and Christian Boon led Bishop Montgomery with 19. Here are three observations from the game:

Heritage Christian has a handful of mouths to feed in their offense, and everybody seemed content with their ability to get touches in their spots on Saturday. Some teams are built for one-on-one ball in that way. Especially when you have a post-up big man in Max Allen, a ball-dominant lead guard in Clark, and multiple other threats to score off the dribble.

Clark was dominant without seeking out easy looks. It’s possible that with a little bit more ball and player movement, he could get himself the same amount of shots but easier ones. He led them to a win anyways, so maybe it’s not necessary, but it could be a factor down the road.

Well, maybe not, the way Clark has been shooting all year.

The Knights have a small rotation with only a couple bench players getting real minutes. That could be why they seem to sub someone in or out every three plays and then put them right back in. It breaks up the flow of the game a little bit, but that could be what they’re going for, and maybe it’s just to keep guys fresh. Either way, it’s constant.

Everyone has known for a while that Isaiah Johnson can score at will in most games at the high school level with great strength and athleticism in his frame of at least 6-6. But now he’s able to get himself good looks and finish them more consistently against defenses with length that can pack the paint on him.

His jumper looks smoother these days, his handles have improved, and his ability to read defenses continues to grow. He’s also getting better and better at traditional back-to-the-basket moves in the low post.