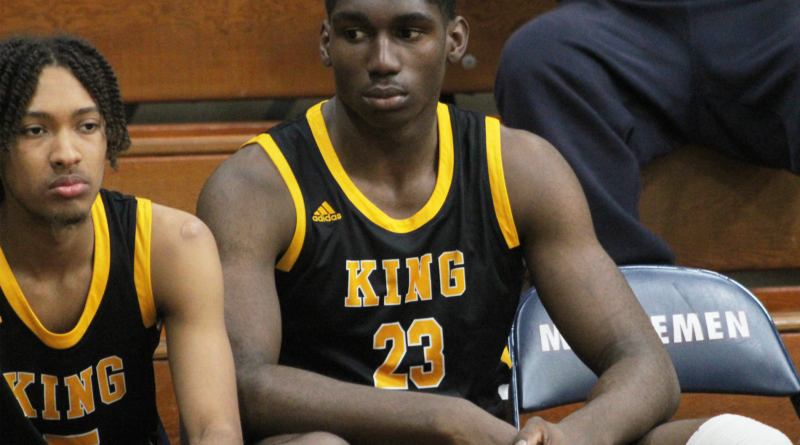 The Eagles have won 12 games in a row. Rancho Christian knocked off previously undefeated Sierra Canyon in the Classic At Damien Platinum Division championship last week and then avenged an earlier loss to Santa Clarita Christian at the Real Run Winter Classic on Saturday. That’s two top ten wins in their last two games.

The Trailblazers fell to Rancho Christian 85-81 to lose their top spot a week ago. They dropped another game over the weekend in Minnesota 78-58 to Minnehaha Academy.

Harvard-Westlake fell to St. Anthony 59-58 at the Take Flight Challenge over the weekend. Their win over Corona Centennial keeps them in the top three.

Corona Centennial blew out Lynwood 96-50 at the Real Run Challenge on Saturday.

Etiwanda destroyed Birmingham 75-43 over the weekend.

St. Anthony picked up a huge win over Harvard-Westlake 59-58 at the Take Flight Challenge on Saturday. They have two top ten wins on the year. The Saints have split two games with St. John Bosco.

The Cardinals won the Gold Division at the Classic At Damien beating Heritage Christian, Chaminade and Washington Prep two weeks ago. SCC lost to Rancho Christian 82-69 over the weekend.

The Braves had a strong showing at Damien, finishing fourth in the Platinum Division. They beat Oakland’s Bishop O’Dowd in overtime over the weekend.

Heritage Christian picked up an important win over Bishop Montgomery 65-61 at Real Run over the weekend.

Windward finished in sixth place in the Classic At Damien’s Platinum Division. They beat Hillcrest 59-45 over the weekend.

Renaissance has won eight games in a row after beating up El Camino Real 79-44 on Saturday.

The Saints played well at the Torrey Pines Holiday Classic beating Riverside Poly and Torrey Pines two weeks ago. They fell to eventual champion JSerra 67-63 in the second round.

The Spartans won 67-51 in Northern California over St. Joseph Notre Dame on Saturday.

Chaminade had two blowout wins over the weekend.

Fairfax’s best win on the year is over Northern California’s Dublin.

Capistrano Valley’s only loss was against JSerra. Their best wins are over Poway and Sonora.

The Vikings are 2-4 in their last six. Losing senior Nick Bowden to an ankle sprain has been a big blow.

Since beating Long Beach Poly and competing with Sierra Canyon in the first half in the first two days of the Classic at Damien, Birmingham hasn’t looked right. They’ve been blown out in three straight. The Patriots begin West Valley League play this week with games against El Camino Real and Taft.

Washington Prep was one of the surprises of the Classic At Damien. They advanced all the way to the Gold Division championship where they fell to Santa Clarita Christian 75-52. The Generals beat Culver City in the Take Flight Challenge over the weekend 74-59.

The Huskies finished in fourth place in the Classic At Damien Gold Division following losses to Washington Prep and Chaminade. Their best wins are over King/Drew and Valencia. RHP beat Gahr 66-53 on Saturday.

King/Drew beat St. Bernard 61-56 at the Southbay Showcase on Saturday.