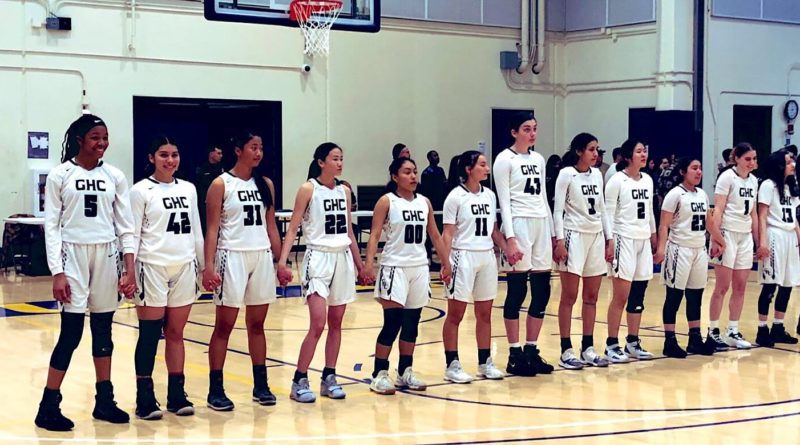 Right now the rankings will be capped at 10, and then honorable mentions. The number of ranked teams will likely grow in coming weeks.

It’s a little strange to see a team only a couple games over .500 at number one, but Granada Hills Charter opted for one of the harder schedules in the state of California this season and has been very competitive in losses against almost exclusively nationally elite teams.

They’ve lost to Camarillo, Corona Centennial, Flintridge Prep, Valley View, and Viewpoint all by single-digits. The Highlanders lost to a strong Valencia (Valencia) team by 15, and an even stronger Etiwanda squad by 15. They also got blown out by Sierra Canyon. When other teams high on this list have played teams of those caliber, they have all been blowout losses. GHC has also beaten some dang good teams, including Saugus and Burroughs.

For now, the Highlanders are the top-ranked team, as I predict that they’ll start rolling with their brutal preseason over. However, they have little room for error with multiple teams nipping at their heels right behind them, and some of them coming in their own competitive West Valley League.

While El Camino Real’s schedule hasn’t been nearly as hard as GHC’s–no other City Section team’s has except for Legacy and Westchester–they look great at 12-4 and have beaten some really good teams convincingly such as Inglewood, Culver City, Compton, Pacifica Oxnard, and Canyon (Canyon Country). Like GHC, they beat Saugus in overtime, and most recently have knocked off Bishop Montgomery.

The Conquistadors did lose by double-digits to Camarillo and West (Torrance) and got beaten somewhat badly by Chaminade. They also lost by single-digits to a strong Glendora team. They could take the top spot at any time, but next Wednesday is the day to have circled on the calendar, as they take on Granada Hills Charter.

Having beaten Hamilton in the last month, Palisades gets the slight edge at three. Their record is uninspiring, but they’ve been underdogs in nearly all their losses–Roosevelt, La Jolla Country Day, Mark Keppel, Clovis North, Valencia (Valencia). They also lost to a strong Pasadena team. The only concerning loss for the Dolphins was last week to Culver City, who is very good but a team they should beat. As a strong team without a great record, Palisades might eventually be a major sleeper threat for the playoffs.

Hamilton is in good shape at 11-4 with several wins over strong competition and their only losses coming to Mira Costa, Corona Centennial, Palisades, and La Cañada. Only the latter, which came by 19 points against a team they were favored against, is a knock against them.

Outside of Palisades, Hamilton doesn’t have dominant in-league foes to show out against, but the Yankees are in good shape to stay near the top and potentially rise if others fall. They’ll get their rematch with Palisades later this month.

After starting the season with wins against Santa Monica and Crenshaw, Narbonne has been up and down. They’ve picked up more nice wins against Saratoga and Lowell, and especially a blowout victory against Legacy. But they’ve also had some bad losses. Right now they are impossible to gauge.

On paper, Crenshaw has been better than Narbonne this year, but the Gauchos got them in overtime in November so for now Narbonne has the edge. Not one of Crenshaw’s losses have been that bad, as they’ve fallen only against North (Torrance), Narbonne, Thousand Oaks, El Segundo, and St. Bonaventure. The latter two were disappointingly lopsided, but still against great teams. Among the list of strong teams they’ve beaten are Mira Costa, Santa Monica, and Notre Dame (Sherman Oaks).

The Cougars are a pretty safe bet to run away with the Coliseum League title. However, without any in-league foes that are even nearly as strong as the teams above them, they might not be able to rise at all unless others pick up rough losses.

While the Tigers enter the second half of the season with a losing record, we can’t knock them for taking on an ambitious schedule. With their losses coming against Mater Dei, Gardena Serra, Aliso Niguel, M.L. King, Narbonne, Canyon (Canyon Country), and Bishop Montgomery, it’s hard to say they actually have struggled, especially with some of those games being close.

They’ve beaten El Segundo, South Gate, Garfield, and Dominguez, among others. There’s a strong chance that Legacy makes surprisingly short work of the Eastern League and proves to be better than the seventh-best team in the City Section come playoff time.

Largely as a result of playing in the Mark Keppel Tournament, Westchester has endured their share of pain and suffering this season. Through 16 games, they’ve played one of the absolute hardest schedules in the state of California, and have a lot of blowout losses to show for it.

In fact, they’ve played so few beatable teams that one could put them almost anywhere on this list. Who would survive a gauntlet of Windward, Mark Keppel, Flintridge Prep, Rosary Academy, Pasadena, Cathedral Catholic, Long Beach Poly, Santa Monica, Aliso Niguel, Gardena Serra, and Sierra Canyon? Every team they’ve lost to is in the top 50 in SoCal, and many of them have been at the very top.

Still, they’ve only won five games this season, and not against any killer teams. But if they take care of business in league play, the Comets can’t be ruled out as a major threat come playoff time. Before that though, they’ll face excellent tests against Palisades and Hamilton that will be very helpful for gauging them.

With wins over Immaculate Heart, South Gate, and Los Angeles CES, a couple losses to El Segundo and St. Bonaventure are fine. Carson will get opportunities to rise sharing a league with Narbonne.

The Toreadors’ losses have generally been quite respectable. They’ve lost to Xavier Prep, Village Christian, Hamilton, Crenshaw, Royal, and Buena, mostly in well-contested games. The reason they aren’t higher is that most of their wins have come against less intimidating foes and not in dominating fashion.

Taft will continue to be tested in the strongest City Section league, the West Valley League, with foes including Granada Hills Charter, El Camino Real, and Birmingham.