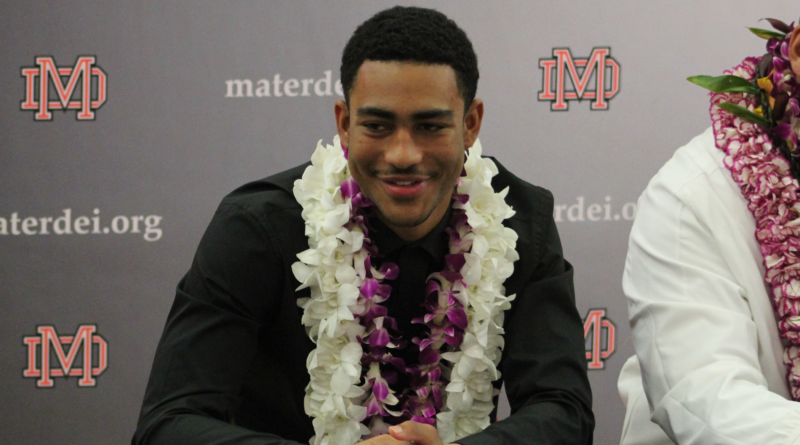 The door is officially open for Mater Dei’s Bryce Young to be Alabama’s starting quarterback in 2020.

Young flipped his commitment from USC to Alabama in late September, then officially signed with the Crimson Tide on Dec. 18. He graduated from Mater Dei in December and will begin the spring semester at Alabama this week. With Tagovailoa’s departure, Young will have a great opportunity to win the starting job as a true freshman.

Alabama head coach Nick Saban hasn’t been afraid to turn to a freshman quarterback in the past. Saban went with Tua in favor of Jalen Hurts in the second half of Alabama’s National Championship game two years ago against Georgia. Tua went on to lead the Crimson Tide to a win in overtime and was named the starter the next season.

2020 is a different scenario, but without a clear-cut starting quarterback returning for Alabama, Young will get a shot. He was the sixth ranked player and top quarterback in the 2020 recruiting class, per 247Sports. Young threw 58 touchdowns and only six interceptions as a senior at Mater Dei.

Young is a special talent, special enough to start Alabama’s 2020 opener against … USC.