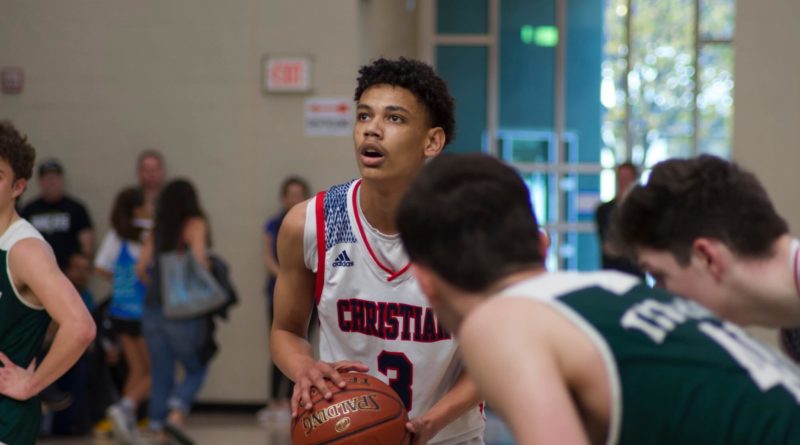 Below are three observations from the game:

After an even first fifteen minutes in Saturday’s game, Poway made a couple plays in the quarter’s last minute to head into the halftime break with a six-point lead.

“Well we knew we could get control of the game,” Christian senior Kobe Sanders said. “We just needed a couple shots to fall down.”

Christian did that and more in the third quarter, one that saw them allow only six points and take a one-point lead into the fourth quarter.

“We needed to tighten up on defense, it was really a team effort.” Sanders said.

It was a roller coaster last couple minutes that saw each team answer shot for shot to either tie the game or take the lead.

“Kobe Price hit a big shot for us down the line and we really needed every teammate,” Sanders said. “We just needed to get stops, rebound the ball, and slow it down. We needed to play our game.”

Kobe Sanders and sophomore Vinny Signorelli each hit big three-pointers for Christian that temporarily gave the Patriots the lead until Adam Sevier and Garrett Pyle answered at the other end for Poway.

Christian entered Saturday with a 13-2 record having only been defeated by St. Augustine and Foothills Christian, the county’s top two teams. The Patriots were lacking a victory against a top ten team.

That’s what they got against Poway.

“This is probably our biggest win.” Sanders said postgame. The Cal-Poly-signee had 16 points for Christian.