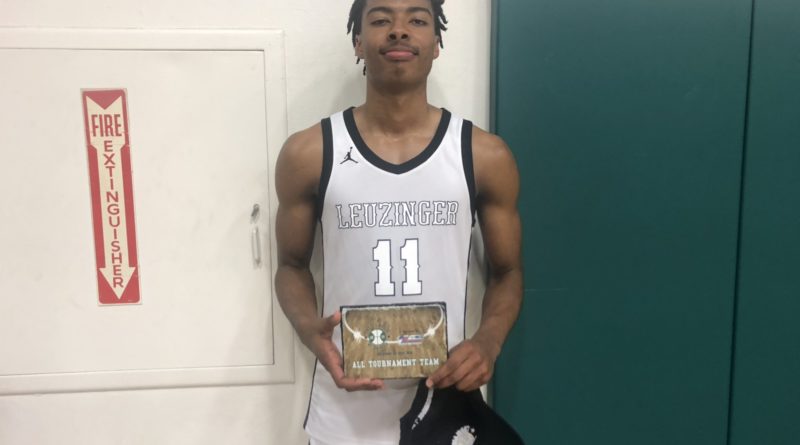 LA VERNE — The Classic At Damien boys basketball tournament wraps up with its final day of action on Monday. Scorebook Live reporter Connor Morrissette will provide live updates all day below.

In an incredible championship game Rancho Christian knocked off Sierra Canyon 85-81 in overtime to give the Trailblazers their first loss of the season.

Williams tied the game at the end of regulation off an inbounds pass from the baseline. Rancho Christian’s Jaden Byers missed a floater as the clock expired in the fourth quarter with the score tied at 69.

In the overtime period, Rancho Christian jumped out to a 78-71 lead and even though Sierra Canyon got close, they never tied the game or took the lead from that point on.

Rancho Christian has won 11 games in a row and showed that they can compete with anyone in Southern California. Sierra Canyon will lick their wounds, but the Trailblazers shouldn’t stay down for too long. These two teams will meet again on January 11th at Pasadena City College.

The Eagles have the bragging rights right now, but this newly established rivalry won’t come to a close in 2020 until the playoffs this spring. The ultimate prize for both teams is a Southern Section Open Division title.

Whenever Sierra Canyon and Rancho Christian get to together, Southern California is treated to the highest order of high school basketball.

We can only hope for a playoff showdown while these two teams are at their peaks.

Corona Centennial transfer Jaylen Clark made his debut for Etiwanda and led the Eagles to a 57-54 win over St. John Bosco in the third place game of the Platinum Division. Clark scored 16 points, with all of them coming in the second half.

Clark wasn’t perfect on the night. He missed a few open shots and had a blatant travel, but blame that on rust due to the sit out period. When he gets to full speed and is one-hundred percent comfortable in Etiwanda’s system, he’s the type of player that can put the Eagles over the top. Sierra Canyon is the clear Open Division favorite in the Southern Section, but don’t overlook Etiwanda now that Clark is eligible to play. They could challenge.

Etiwanda nearly beat Sierra Canyon in the Platinum Division semifinals on Saturday, but remember the Trailblazers were without their star transfer Ziaire Williams. With both Williams and Clark now both eligible, a future Sierra Canyon vs. Etiwanda showdown will look different, but will most likely still be close.

The Cardinals took down Culver City, Heritage Christian in double overtime, Chaminade and then Washington Prep to win the Gold Division. Santa Clarita Christian is a top ten team in Southern California and a contender to make the Southern Section’s Open Division.

Maryknoll led by nine points after three quarters, but St. Francis buckled down defensively in the fourth to win the Silver Division championship at the Classic At Damien 52-47.

The Golden Knights only allowed five points in the final quarter.

“Our game plan was to wear them down,” St. Francis head coach Todd Wolfson said. “If it’s close in the fourth we felt we were going to win. We’re in better shape. We run a whole lot in practice and it paid dividends.”

UC Irvine signee Andre Henry had a tremendous game in the championship. He finished with 25 points and was named MVP of the division after the game.

“He’s committed to what we believe in,” Wolfson said. “He’s the truth of trust the process and he makes me look pretty darn good.”

Dublin took down St. Bernard 69-51. Anthony Roy scored 15 points for Dublin. He was named to the All-Tournament team.

Leuzinger beat Culver City 86-84 in double overtime to win their first game of the tournament. They finished in 15th place in the Gold Division. Amound Anderson was named an all-tournament selection. He scored 50 points in a loss to King/Drew on Friday.