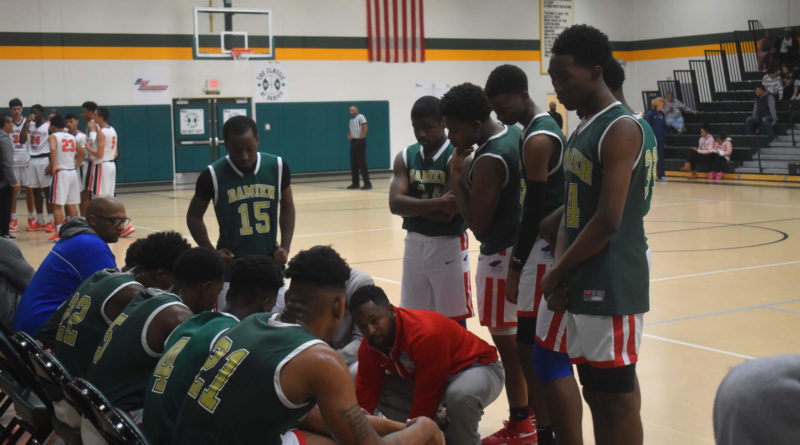 (12/28/19) Washington Prep trailed 29-18 at halftime against Rolling Hills Prep in the Gold Division semifinals at the Classic At Damien. They nearly shut RHP out in the third quarter and came back to win the defensive duel 52-47 in overtime.

Due to some clerical issue, the Generals were rocking green Damien jerseys. Deshawn Johnson and Joshua Lee led Washington Prep with 16 and 15 points, respectively. Despite tweaking his ankle pretty badly in the second quarter, Johnson came back hobbled and fought through it to hit some clutch shots and keep Tan in check, which is a difficult task. He also grabbed his fair share of rebounds and protected the rim, and gets the game ball. Travis Dowdell and Branden Burks each had eight points for GWP. D’Anthony Ward chipped in five points.

Benny Gealer led the Huskies with 16 and knocked down four threes. Vaughn Flowers had 13 points. JT Tan fouled out early in the fourth quarter with Rolling Hills Prep clinging to a small lead, and finished with 11 points. Troy Murphy Jr. had seven points for RHP as well.