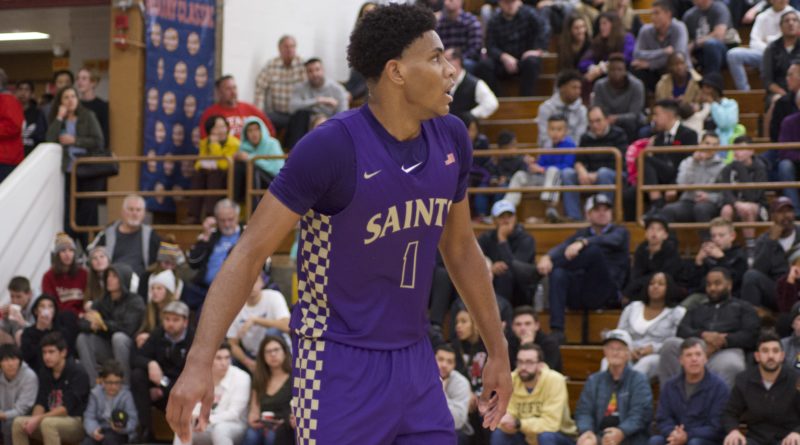 In the opener, San Diego took down Carlsbad, 77-69. The Cavers jumped out quickly and were able to extend their lead to 22 points early in the 3rd quarter. Carlsbad worked their way back but never able to get any close than the final deficit of eight. Senior point guard Jailen Nelson connected on five three-pointers and finished with a game high 32 points.

San Diego guards Steve Stinson and DJ Ralston both stepped up for the Cavers with 22 and 21 points respectively.

In game two, St. Augustine grabbed an early nine-point lead but allowed Foothills Christian to climb back and only trail by a point at halftime. The Knights grabbed the lead early in the 3rd quarter, but a 14-0 St. Augustine run early in the 4th quarter gave the Saints a comfortable lead for good on their way to a 75-61 victory.

Texas Tech-signee Chibuzo Agbo was the star of the night, with 37 points and 13 rebounds. Senior forward Luke Haupt added 15 points for the Saints.

Derrien Carter-Hollinger and Jaden Lebel each had 16 points for the Knights.

In the featured game, Torrey Pines and Cathedral Catholic traded the lead throughout a competitive first half that saw the Dons take a two-point lead into the break. The Dons used a 9-0 run in the last few minutes of the 3rd quarter to take the lead for good. Cathedral Catholic survived a late run from the Falcons in the 4th quarter to win, 58-51.

Stanford-signee Brandon Angel led all scorers with 18 points. Junior guard Chris Howell had 10 points, 12 rebounds, and 6 assists for the Falcons.