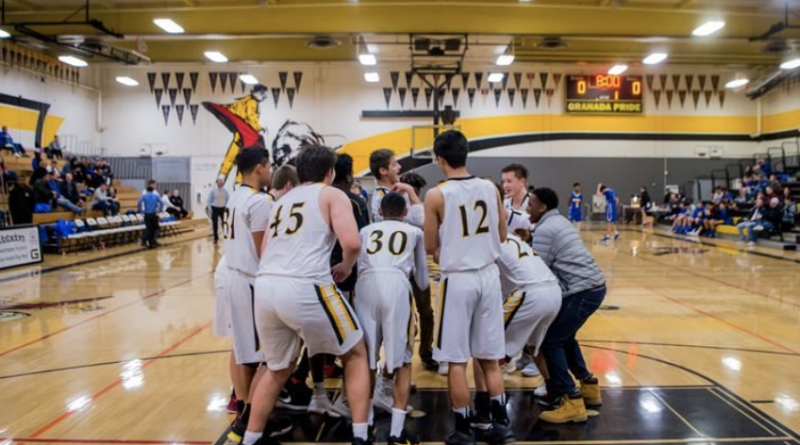 Here are Scorebook Live’s Top 25 California high school boys basketball rankings for the week of Dec. 23. Our rankings encompass the entire state and are compiled by Scorebook Live California reporters Connor Morrissette, Bodie DeSilva and Lance Smith. The rankings will be released weekly during the regular season.

The Trailblazers won two more games over out of state opponents last week. The Platinum Division of the Damien Tournament awaits.

Sheldon won the BattleZONE championship in November beating no. 4 Corona Centennial and No. 15 Santa Clarita Christian. They beat No. 5 Mater Dei at the Tarkanian Classic last week.

The Wolverines picked up an important 57-49 win over No. 15 Santa Clarita Christian on Friday.

Mater Dei lost two games in the Tarkanian Classic to No. 4 Corona Centennial and No. 2 Sheldon.

St. Bernard’s 57-55 win over No. 7 Heritage Christian from the Trevor Ariza Tip-Off Classic is the team’s best victory.

Since losing to No. 6 St. Bernard in the Trevor Ariza Tip-Off Classic title game, Heritage Christian has won five games in a row.

The Eagles were off this past week.

Dublin heads into the Classic at Damien undefeated.

Archbishop Riordan’s one loss on the year came to No. 10 Dublin. They have wins over JSerra, Capital Christian and Campolindo.

Six days after St. Anthony beat No. 17 St. John Bosco in the the Bosco Winter Classic championship 66-57, the Saints dropped a non-league rematch between the two teams 58-52.

Windward is 1-2 in their last three games, but have been dealing with injuries to key players.

Santa Clarita Christian has lost to the three top teams in Southern California this season: No. 1 Sierra Canyon, No. 2 Sacramento Sheldon and No. 3 Harvard-Westlake. They beat No. 21 Rancho Christian 91-79 in November.

Renaissance has won seven games in a row. They beat Santa Monica 59-47 over the weekend in a rematch of a game Santa Monica won earlier in the season. Their best win is over No. 17 St. John Bosco.

The Braves beat No. 12 St. Anthony 58-52 six days after losing to the Saints in the Bosco Winter Classic championship game.

Jesuit’s one less came against Arizona’s Brophy College Prep. They beat No. 19 Cathedral Catholic 71-66. Jesuit plays in the Classic at Damien this week.

The Dons had a rough go of it in Northern California two weeks ago losing to No. 18 Jesuit and No. 9 Archbishop Mitty at the Father Barry Tournament in Sacramento.

The Saints went 3-1 in the Tarkanian Classic losing to No. 5 Mater Dei in the second round 66-59. They beat three out of state opponents.

The Eagles have won seven straight since to losing No. 4 Centennial and No. 15 Santa Clarita Christian in November. They’ll play in the Classic at Damien this week, which will give them a great chance to move up in the rankings with a few wins.

Riverside Poly’s one loss came against Liberty from Nevada in the Tarkanian Classic, a team Rancho Christian beat.

The Patriots have been off since beating Van Nuys 86-68 on December 9th.