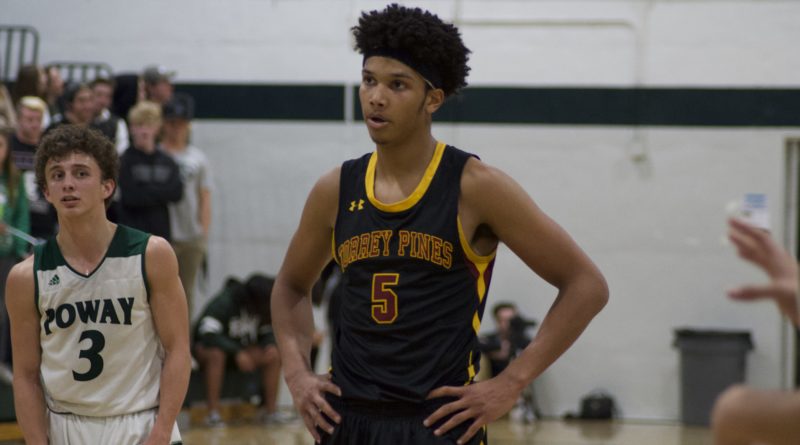 Six of the top 10 teams in San Diego will be in action Monday night with multiple Division I college prospects playing in each of the three games. All three games on Monday — as well as all games at Torrey Pines during the Holiday Classic — can be followed live on Scorebook Live.

Here’s a preview of Monday’s Tip Off games:

Carlsbad vs. San Diego, 5 p.m.: Ninth-ranked Carlsbad will take on tenth-ranked San Diego in a matchup that hasn’t happened since the 2008 season. Senior guard Jailen Nelson had 40 points for the Lancers in their opener and is averaging 27 points per game so far. Both of the Lancers losses have come against Southern Section opponents. San Diego has won back-to-back section titles and has stepped up with a challenging schedule this year. Junior guard AJ Burgin is the one to watch and junior DJ Ralston has been a welcome addition for the Cavers.

St. Augustine vs. Foothills Christian, 6:30 p.m.: Top-ranked St. Augustine will matchup with second-ranked Foothills Christian in what has become a strong rivalry in the last several seasons. The two teams have played each of the last four years with each team winning twice. The Saints are led by Texas Tech-signee Chibuzo Agbo who’s twice been named All-CIF. He’s joined by forward Luke Haupt and Cal Football-signee Tyson McWilliams in what is San Diego’s most experienced team. The Knights are led by Yale-signee Yassine Gharram, who put up huge numbers last season and has stepped into the lead role this season. He’s complimented by Nico Meza, Jalai O’Keith, and Derrien Carter-Hollinger who are all averaging double digits on the season.

Cathedral Catholic vs. Torrey Pines, 8 p.m.: Third-ranked Cathedral Catholic takes on the host school and fourth-ranked Torrey Pines for the first time since the 2013 season. The Dons talented lineup features Hawaii-signee Beon Riley plus juniors Obinna Anyanwu, Dillon Wilhite, Thomas Notarainni, and Alex Wade. After winning the division one title last season, the Dons look to be in the race for the open division crown this year. Torrey Pines is led by Stanford-signee Brandon Angel and junior guard Chris Howell who’s a threat to fill every stat column. Junior guard Nick Herrmann is averaging 11 points per game this season is his return to the court after missing last season due to cancer. The Falcons are configured differently from last season but still look to be a threat to repeat as open division champions.