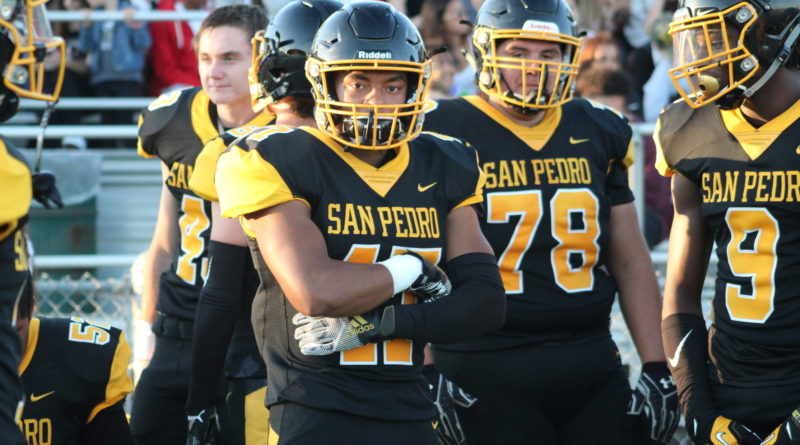 Here is Scorebook Live California’s All-LA City Section football team for the 2019 season. The team was compiled by Scorebook Live reporter Connor Morrissette. Players from all four LA City Divisions were considered. All selected players are seniors unless otherwise noted.

Since Narbonne did not compete in the postseason this year, their players were not selected. The team had a large group sign to play football in college on Wednesday. Those players are listed below.

Diamont threw for 2,161 yards and 23 touchdowns, but it’s his rushing numbers that gave him the edge over other QB’s. The Duke signee rushed for 1,520 yards and 24 scores.

Rodriguez paved the way for teammate Josh Ward all season. He’ll be an All-City player.

Smith was Crenshaw’s top blocker. He’ll be an All-City selection.

Silva was one of the main reasons Venice ran the ball so effectively in 2019. He’ll be an All-City player.

Vasquez was the West Valley League’s offensive lineman of the year.

Reyes was named the East Valley League’s offensive lineman of the year.

Admittedly, this is a bit of a cop out. Boardingham is a great receiver and defensive end, who rarely lines up at tight end. I slotted him here because he deserves to make this list and I wanted to include as many players as possible.

Boardingham caught 54 passes for 910 yards and 12 touchdowns for the City’s top team in 2019. He had three sacks and two fumble recoveries on defense.

Ochoa rushed for 1,791 yards and 25 touchdowns this year.

Arango-Serna led the City with 1,341 receiving yards. He caught 15 touchdowns.

Rivera was one of the top defensive linemen in the City. He was an All-West Valley League selection.

Lopez was named the defensive lineman of the year in the West Valley League. He made 73 tackles.

Howard averaged a sack per game for San Pedro.

Gudino was the top defensive lineman for the Open Division runner up Banning Pilots.

Riley had 17 tackles for loss in his senior season.

Figueroa was named the West Valley League defensive player of the year.

White was named the MVP of the West Valley League. He’s a tremendous receiver and special teamer in addition to being a great defensive back. White had three picks as a senior.

Gardner had opposing coaches afraid to throw his way in 2019.

Little had four interceptions as a senior. He was the top player on a Gardena team that won a Division 3 title in 2019.

Meek led the City Section with eight made field goals in 2019. He also averaged the longest punts at 44 yards per boot.