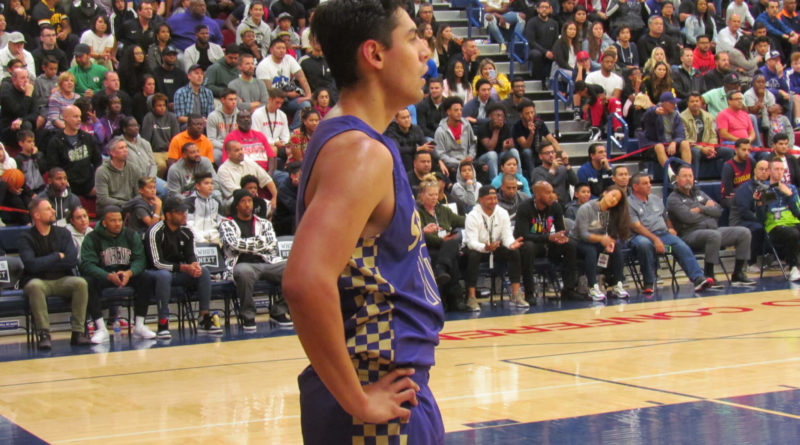 The Saints won both out of section games last week by a combined 45 points.

The Knights went 3-0 last week including a win against Windward.

The Dons dropped two of their three games in the Father Barry Classic in Sacramento.

The Crusaders followed up their first loss with wins over Helix and Lincoln.

Brandon Angel led the Falcons to a 3-0 week by a combined 87 points.

The Titans went 3-1 but suffered their first loss, a half-court shot at the buzzer against Capistrano Valley.

The Eagles went 0-2 with losses to Torrey Pines and Damien.

Jailen Nelson had 65 points as the Lancers went 1-1, with a loss to Bishop Montgomery.

The Cougars won the Imperial Tournament, with freshman Mikey Williams scoring 153 points over the three games.

The Knights beat Ramona with ten players getting in the scoring column.