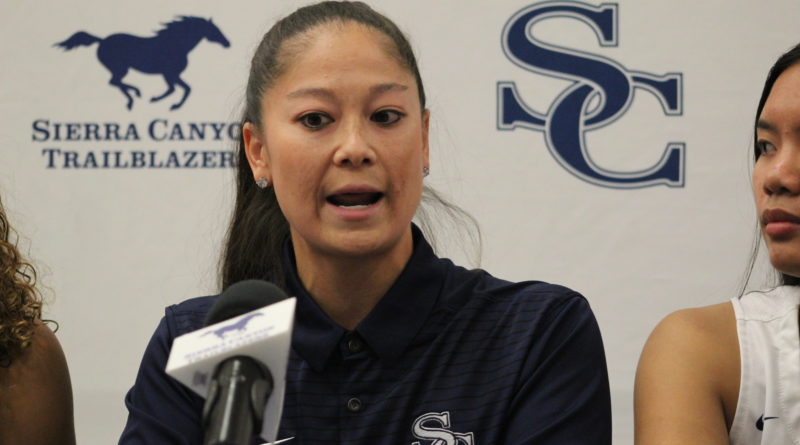 Sierra Canyon holds the top spot after knocking off Rosary in overtime last week. Remember, their only loss came by single-digits to arguably the top team in the country in DeSoto (Texas)

The Jackrabbits haven’t played since beating Mater Dei in overtime nine days ago. With wins over Etiwanda, Mater Dei, and Cathedral Catholic this season, they’ll keep their spot at number two. But with so few games played, they’ll need to show out in their handful of games this week to stay this high up.

Knocking off Cathedral Catholic in overtime last week keeps LJCD at number three but isn’t enough to move them up. They’ll get some good chances to continue their undefeated season against great competition after Christmas at the SoCal Holiday Prep Classic.

Last week in Hawaii, Mater Dei picked up three nice wins in the Iolani Classic to bounce back from the loss against Poly. They blew out Kamehameha Kapalama and defeated elite foes in Iolani and St. Mary’s (Stockton) in very close games.

The Eagles blew past an excellent Bishop Amat squad by 20 last week. They’ll get their rematch with Long Beach Poly on the 27th.

Cen10 beat a strong Troy team in a close one last week. This week will feature some major tests for them in the Arizona Nike TOC.

The week before last was rough for Rosary as they picked up losses against Etiwanda and Cathedral Catholic, but they bounced back last week. They defeated Roosevelt easily and Windward by three, and took Sierra Canyon to overtime. That’s enough for them to rise a spot, and the Royals might be on track to rise a good few more soon.

There’s no shame in losing a close game to Rosary. Windward still looks great at 6-2.

The Knights had last week off from games in preparation for next week’s Arizona Nike TOC. Up first will be a strong Chaparral team from Scottsdale.

Say hi to Marlborough, who wasn’t even an honorable mention last week but is now in the Top 10. They beat Bishop Montgomery two Saturday’s ago, and defeated Flintridge Prep 67-61 on Tuesday. With their only loss coming against Centennial, they appear to be a contender for the long haul.

While the Knights didn’t play last week, we found out they picked up a loss against Marlborough on Saturday, December 7.

No games for H-W last week. They’re currently on a six game winning streak after opening the season with some close losses against elite teams.

The Rebels lost a close game against Marlborough last Tuesday, and took their anger from it out on Westridge Friday in a 60-point blowout.

Like Marlborough, Esperanza has jumped into the top 15 and should’ve been an honorable mention last week. The Aztecs knocked off Woodrow Wilson, Downey, Orangewood Academy, and Santiago last week. Their only losses have come to excellent teams in Aliso Niguel and St. Paul.

The Eagles were four for four last week, beating Birmingham, Village Christian, El Camino Real, and Serra (Gardena). Find them in NorCal over winter break for the West Coast Jamboree.

Esperanza knocked Orangewood out of the top 15, but the the Spartans are still very much in the picture. Plus, they still picked up three very good wins over Woodrow Wilson, Downey, and Redondo Union.

The undefeated Scorpions aren’t in the top 15 anymore after a week without games because they haven’t played elite competition, but if they keep knocking off very good competition every week, they’ll rise.

The Huskies’ only loss this season came to…Maribyrnong College from Victoria, Australia? After beating Tustin last week, Fairmont Prep is getting pretty close to the top 15.

Speaking of Fairmont Prep, that’s the only team St. Paul has lost to this season. St. Paul hasn’t faced an elite schedule, but it’s been almost nothing but very good teams every single game, and they’ve continued to clean up. Their best win of the year was over Esperanza.