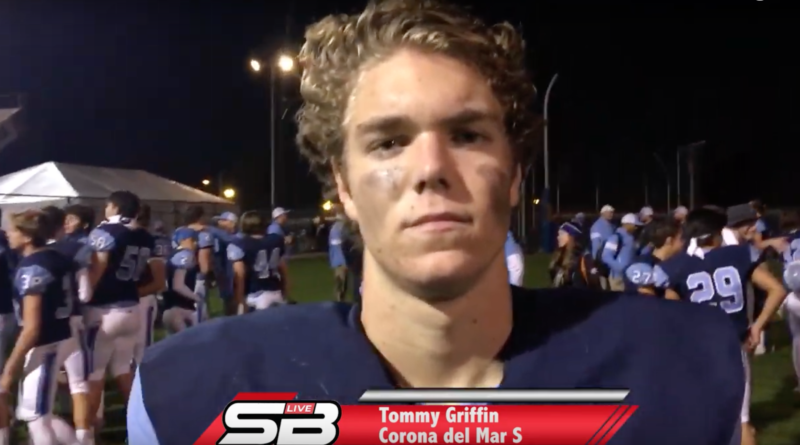 CERRITOS– Saturday at Cerritos College, Corona del Mar completed a 16-0 season with a state 1-A championship via a win against Serra (San Mateo).

CdM led big early in the fourth quarter, but if not for safety Tommy Griffin’s end zone interception up eight points at the end of the game, both the undefeated run and state title might have come crashing to an ugly ending.

Griffin spoke to Scorebook Live after the game about the moment he clinched CdM’s title and how their elite defense made it to where they are.