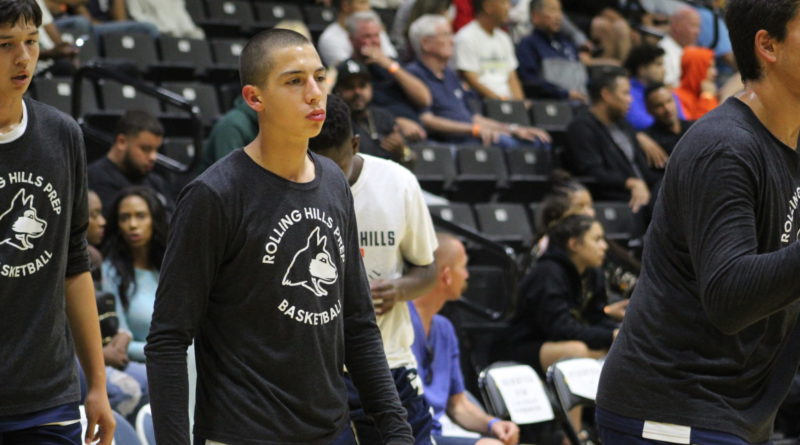 Mater Dei is beating teams by an average 49 points per game so far this season.

The Wolverines picked up an important 63-50 win over no. 6 Corona Centennial last week.

St. Anthony won the Bosco Winter Classic championship on Saturday beating no. 17 St. John Bosco 66-57. Jadon Jones is emerging as one of the top seniors in the region.

The Vikings had two blowout wins this past week after winning the Trevor Ariza Tip-Off Classic at Westchester championship two weeks ago.

Corona Centennial’s two losses on the season are to no. 3 Harvard-Westlake and Sacramento Sheldon.

The Warriors lost in the championship of the Trevor Ariza Tip-Off Classic at Westchester 57-55 to no. 5 St. Bernard two weeks ago. Since then they’ve won four games by double digits.

The Eagles beat Nevada Desert Pines 60-44 over the weekend.

Windward was upset by Foothills Christian 69-59 over the weekend.

Santa Clarita Christian has been off since beating Carson 71-30 on December 7th. Their two losses are to no. 1 Sierra Canyon and Sacramento Sheldon.

The Patriots went 2-1 in the Wild West Shootout in Nevada two weeks ago beating Sacramento Grant and Spanish Springs (Nevada), and losing to Folsom.

The Dons had a rough go of it in Northern California losing to Jesuit and Archbishop Mitty at the Father Barry Tournament in Sacramento.

The Eagles have won three straight since to losing no. 6 Centennial and no. 10 Santa Clarita Christian three weeks ago.

Renaissance has wins over no. 17 St. John Bosco, Brentwood and Taft and losses to no. 3 Harvard-Westlake, no. 5 St. Bernard, no. 9 Windward and Santa Monica. They won the Beverly Hills Tournament on Saturday.

The Braves lost to no. 17 Renaissance Academy 53-50 in the El Monte Tournament championship three weeks ago and to no. 4 St. Anthony in their own tournament title game 66-57 on Saturday. They have wins over Loyola and St. Francis.

JSerra beat no. 22 Mayfair 85-75 to win the North OC Tournament championship two weeks ago. They beat Mission Viejo 74-57 to win the CVCS Tournament on Saturday.

Chaminade went 2-1 in the De La Salle Tournament over the weekend against Northern California opposition.

The Knights beat Carlsbad 60-51 at BSN Sports Showcase Saturday. Their two losses are to no. 4 St. Anthony and no. 7 Heritage Christian.

The Monsoons lost to no. 19 JSerra 85-75 in the North OC Tournament championship two weeks ago. They lost to New York South Shore 72-64 at the Barclays Center in Brooklyn on Saturday.

The Spartans lost in the championship of the Burbank Tournament 56-49 to no. 3 Harvard-Westlake two weeks ago. They beat Santa Fe Christian 78-71 on Saturday.

The Huskies have won every game by double figures this season.