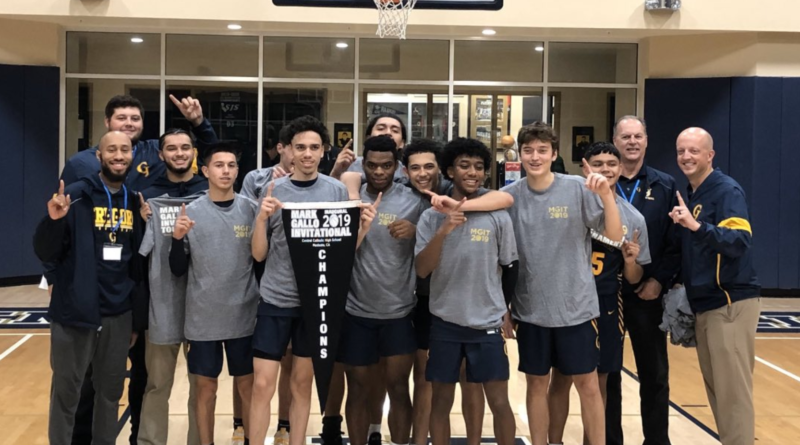 Here are Scorebook Live’s Top 25 California high school boys basketball rankings for the week of Dec. 16. Our rankings encompass the entire state and are compiled by Scorebook Live California reporters Connor Morrissette, Bodie DeSilva and Lance Smith. The rankings will be released weekly during the regular season.

Mater Dei is beating teams by an average 49 points per game so far this season.

The Wolverines picked up an important 63-50 win over no. 7 Corona Centennial last week.

St. Anthony won the Bosco Winter Classic championship on Saturday beating St. John Bosco 66-57. Jadon Jones is emerging as one of the top seniors in the state.

The Vikings had two blowout wins this past week after winning the Trevor Ariza Tip-Off Classic at Westchester championship two weeks ago over no. 9 Heritage Christian.

Corona Centennial’s two losses on the season are to no. 3 Sacramento Sheldon and no. 4 Harvard-Westlake.

Archbishop Mitty beat no. 21 Cathedral Catholic over the weekend 57-56.

The Warriors lost in the championship of the Trevor Ariza Tip-Off Classic at Westchester 57-55 to no. 6 St. Bernard two weeks ago. Since then they’ve won four games by double digits.

The Eagles beat Nevada Desert Pines 60-44 over the weekend.

Archbishop Riordan’s one loss on the year came to no. 11 Dublin. They have wins over JSerra, Capital Christian and Campolindo.

Windward was upset by Foothills Christian 69-59 over the weekend.

Vanden beat Capital Christian 75-73 December 4th. Their one loss came to no. 14 Gregori.

Santa Clarita Christian has been off since beating Carson 71-30 on December 7th. Their two losses are to no. 1 Sierra Canyon and no. 3 Sacramento Sheldon.

The Patriots went 2-1 in the Wild West Shootout in Nevada two weeks ago beating Sacramento Grant and Spanish Springs (Nevada), and losing to no. 19 Folsom.

The Dons had a rough go of it in Northern California losing to no. 8 Archbishop Mitty and no. 18 Jesuit at the Father Barry Tournament in Sacramento.

The Eagles have won three straight since to losing no. 7 Centennial and no. 16 Santa Clarita Christian three weeks ago.

Renaissance has wins over no. 25 St. John Bosco, Brentwood and Taft and losses to no. 4 Harvard-Westlake, no. 6 St. Bernard, no. 13 Windward and Santa Monica. They won the Beverly Hills Tournament on Saturday.

The Braves lost to no. 24 Renaissance Academy 53-50 in the El Monte Tournament championship three weeks ago and to no. 5 St. Anthony in their own tournament title game 66-57 on Saturday. They have wins over Loyola and St. Francis.