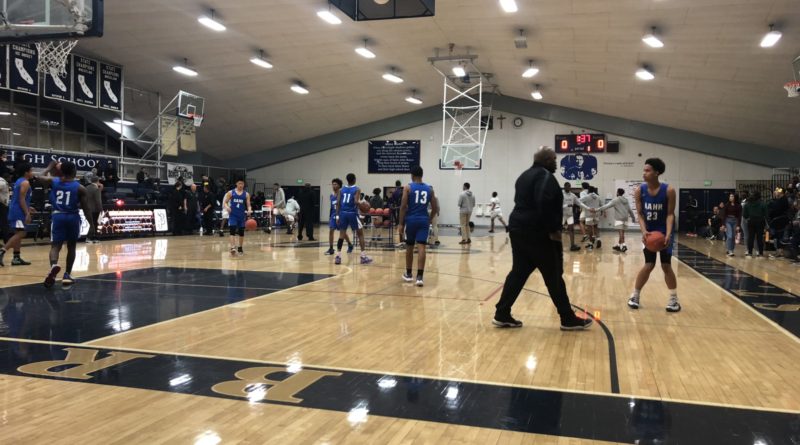 La Mirada was without star sophomore George Ochoa who was out with a wrist injury.

“It’s a big win for us,” La Mirada head coach Randy Oronoz said. “We’ve been losing a lot of close games, we’ve got a lot of young talent. We’re glad to have some senior leadership from Jalen Reyes. Missing a kid who averages 20 points per game, it was a team effort today and we needed that.”

In the first quarterfinal matchup, St. Anthony annihilated Gahr 83-37. Saints senior Jadon Jones scored 22 points despite sitting the majority of the second half.

The most exciting moment in the St. Anthony game came when Jones threw down a vicious put-back dunk in the first half.

St. Anthony is 10-0 and has blown out eight of their opponents. They have legitimate Open Division aspirations.

“I think the Open Division is a realistic goal,” Jones said. “We’re undefeated. Wherever we land is where we land. We’re just going to give it our all and try and win.”

Watson was held scoreless in the third quarter, but did what star players do in the fourth. He scored 14 points in the final frame to lead his team to victory.

Price is one of the top freshman in Southern California. He’s a name to know for high school basketball fans in the region, his time is coming.

Utah head coach Larry Krystkowiak took in both of the semifinal games.