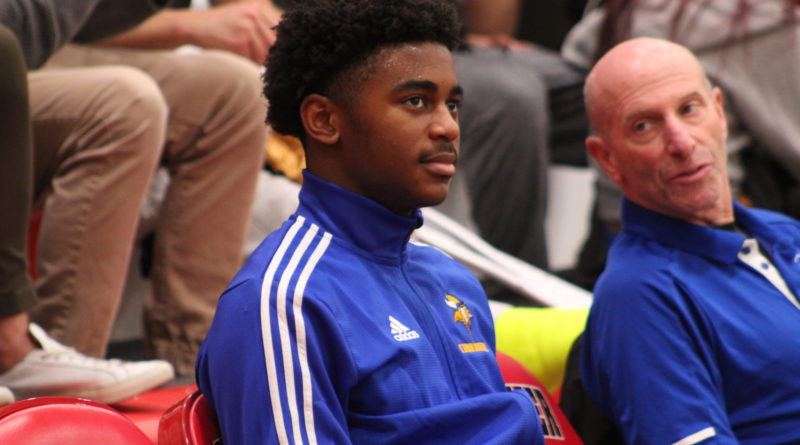 The Trailblazers have played games in Arizona, California and Texas so far this season winning all of them.

The Monarchs have yet to be challenged.

The Wolverines won the Burbank Tournament championship 56-49 over no. 25 Damien last week.

The Vikings won the Trevor Ariza Tip-Off Classic at Westchester championship 57-55 over no. 7 Heritage Christian.

The Warriors lost in the championship of the Trevor Ariza Tip-Off Classic at Westchester 57-55 to no. 5 St. Bernard.

The Eagles lost in the semifinals of the Trevor Ariza Tip-Off Classic at Westchester 48-47 to no. 7 Heritage Christian.

Santa Clarita Christian beat no. 16 Rancho Christian at the California BattleZONE Tournament two weeks ago. They lost to no. 1 Sierra Canyon 72-54 last week.

The Patriots went 2-1 in the Wild West Shootout in Nevada last week beating Sacramento Grant and Spanish Springs (Nevada), and losing to Folsom.

The Dons lost to no. 1 Sierra Canyon 59-46 three weeks ago, but have won five straight since then.

The Braves lost to no. 17 Renaissance Academy 53-50 in the El Monte Tournament championship two weeks ago.

The Eagles have won three straight since to losing no. 6 Centennial and no. 9 Santa Clarita Christian two weeks ago.

Renaissance has wins over no. 15 St. John Bosco and Taft and losses to no. 3 Harvard-Westlake, no. 4 Windward, no. 5 St. Bernard and Santa Monica.

Pacifica Christian’s best win is over Santa Margarita. Their only loss was against no. 16 Rancho Christian.

The Knights picked up three wins in the Trevor Ariza Tip-Off Classic last week, two came in the consolation bracket after they lost to no. 7 Heritage Christian in the second round 59-54.

The Monsoons lost to no. 21 JSerra 85-75 in the North OC Tournament championship last week.

Capistrano Valley beat a good Sonora team 55-52 last week. Their only loss is to no. 21 JSerra.

The Spartans lost in the championship of the Burbank Tournament 56-49 to no. 4 Harvard-Westlake.