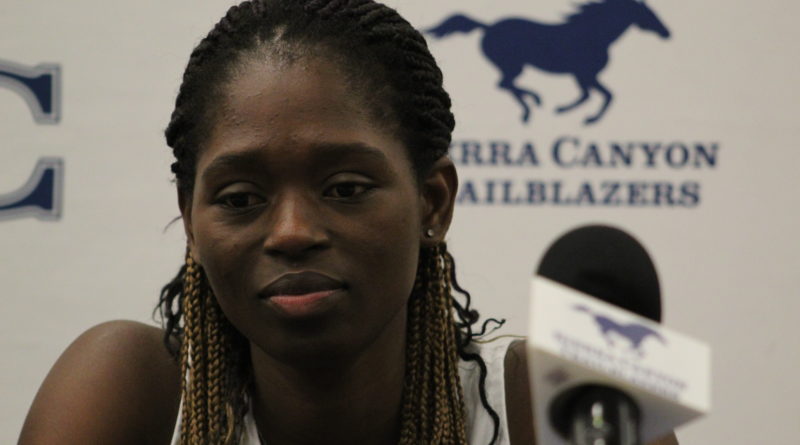 The Trailblazers lost by single-digits to one of the top-ranked teams in the country in DeSoto (Texas), and has otherwise been as strong as hoped this season. They’ve already beaten the likes of Harvard-Westlake, Duncansville (Texas), and Granada Hills Charter. On Saturday they have another huge matchup against Rosary.

With wins over Cathedral Catholic, Etiwanda, and Mater Dei already this season, Long Beach Poly couldn’t have asked for a better start to the season.

So far, the Torreys have breezed by every team they’ve faced, and that includes Rosary by 17 points. LJCD will have one of their biggest tests yet on Friday in Cathedral Catholic, and could potentially be atop the list by this time next week.

While they just picked up a close loss against Long Beach Poly, it’s safe to say the Monarchs are living up to expectations so far. They’ve already beaten Bishop Montgomery, Orangewood Academy, Chaminade, and Troy by double-digits this season, and also defeated Etiwanda by three points. They’re off to Hawaii this week for the Iolani Classic.

Both of Etiwanda’s losses came narrowly against elite teams in Long Beach Poly and Mater Dei. The Eagles have beaten Corona Centennial, Lynwood, and Rosary among other powerhouses already.

The Huskies struggled out of the gate in a low-scoring affair against Etiwanda, but they’ve been spotless since then. With double-digit wins over Orangewood Academy, Windward, and Lynwood, Centennial is on the rise and may continue to rise.

Losing to Corona Centennial a week ago may have been a bit deflating for Windward, but the Wildcats are still in great shape to start the year. They’ve beaten King, Harvard-Westlake, and Serra (Gardena) among others so far. Windward has a chance to make some noise on Thursday against Rosary.

It’s been a slightly disappointing start for the Royals, who lost to Etiwanda and La Jolla Country Day by a combined 37 points. They had strong showings in blowout wins against Flintridge Prep, Mark Keppel, and Aliso Niguel, but need some more cracks at even stronger competition.

They’ll get all they can handle with three games in five days this week against Roosevelt, Windward, and Sierra Canyon. So, Rosary might have the most potential to both rise and fall this week of anybody.

The Knights have been turning heads this season on the heels of a 5-2 start. So far, they’ve beaten Troy, Harvard-Westlake, Chaminade, Rolling Hills Prep, and Bishop Montgomery. They nearly beat Etiwanda, and are now coming off a 16-point loss against Cen10. Lynwood is no longer under the radar, but they are formidable.

The Knights are off to a solid start with their only losses coming to Etiwanda and Centennial. Other than a close win to open the year against Harvard-Westlake, they haven’t seen more competition on their level, and it may be a bit before they do.

It’s been a brutal season in some regards for the Wolverines, but they are making the most of it. Right now they’re the one team here that’s getting a lot of credit for losing a lot of close games to elite teams, but since dropping their first four, they’ve won six straight. That’s resilience.

The teams they lost to? Bishop Montgomery, Sierra Canyon, Lynwood, and Windward, with three of them coming down to seven points or less.

The Rebels are riding a seven-game winning streak after getting blown out on opening night by Rosary. Their schedule hasn’t been brutal, but they have knocked off Roosevelt twice. Flintridge Prep will have to beat all their non-elite foes quite convincingly to stay in the top 15 with no premier matchups on deck.

The Spartans have proven to be a force this year with two wins against Cathedral Catholic and Serra (Gardena) each. Their losses came to Mater Dei, Corona Centennial, and a Troy squad that is a lot better than their 3-5 record would indicate.

It’s tempting early in the season to give nods to under-the-radar unbeaten teams that have played strong, but not nationally elite schedules. Camarillo is that team right now, with no huge wins notched but some really nice ones including beating El Camino Real by ten, St. Mary’s Academy by 19, and an underrated Canyon (Canyon Country) squad. Until they beat someone particularly high up in the rankings, they’ll need to keep blowing teams out to stay in the top 15.

While there’s a solid chance they will rise, Chaminade barely makes the cut with only four games under their belts. They’ve beaten Gardena Serra and Redondo Union and lost to Mater Dei and Lynwood, and figure to be somewhere in between.