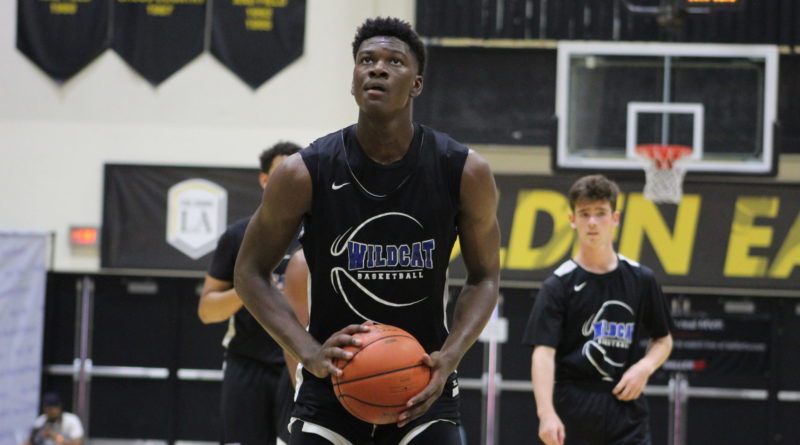 Here are Scorebook Live’s Top 25 California high school boys basketball rankings for the week of Dec. 9. Our rankings encompass the entire state and are compiled by Scorebook Live California reporters Connor Morrissette, Bodie DeSilva and Lance Smith. The rankings will be released weekly during the regular season.

The Trailblazers have played games in Arizona, California and Texas so far this season winning all of them.

The Monarchs have yet to be challenged.

The Vikings won the Trevor Ariza Tip-Off Classic at Westchester championship 57-55 over no. 11 Heritage Christian.

Archbishop Mitty beat no. 9 Campolindo 60-58 to start the season.

Campolindo lost to no. 8 Archbishop Mitty 60-58 to start the season, but have won three straight since then.

The Crusaders won easily against Liberty Ranch three weeks ago.

The Warriors lost in the championship of the Trevor Ariza Tip-Off Classic at Westchester 57-55 to no. 6 St. Bernard.

The Eagles lost in the semifinals of the Trevor Ariza Tip-Off Classic at Westchester 48-47 to no. 11 Heritage Christian.

Salesian beat Sacramento by double-digits, but lost to no. 14 Capital Christian 59-56.

Santa Clarita Christian beat no. 25 Rancho Christian at the California BattleZONE Tournament two weeks ago. They lost to no. 1 Sierra Canyon 72-54 last week.

Jesuit beat no. 20 Folsom 55-37 over the weekend at the Wild West Shootout in Nevada.

Folsom beat no. 21 Birmingham at the Wild West Shootout in Nevada 67-53.

The Patriots went 2-1 in the Wild West Shootout in Nevada last week beating Sacramento Grant and Spanish Springs (Nevada), and losing to no. 20 Folsom.

The Dons lost to no. 1 Sierra Canyon 59-46 three weeks ago, but have won five straight since then.

The Braves lost to Renaissance Academy 53-50 in the El Monte Tournament championship two weeks ago.

The Eagles have won three straight since to losing no. 7 Centennial and no. 16 Santa Clarita Christian two weeks ago.