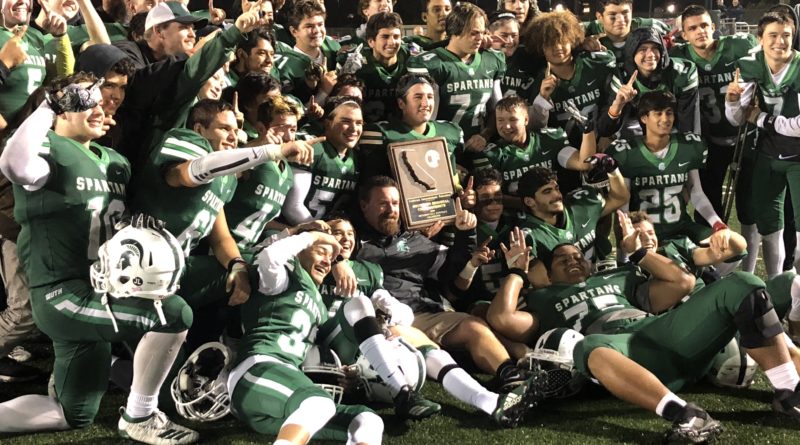 “We’ve been in a fog since then,” Mishler said. “We’re just playing at this point. Nothing has really sunk in.”

Mishler and his team won’t be able to reflect on their magical 2019 season for another week following South’s 47-28 win over Canoga Park in a CIF-State bowl game Friday night. The Spartans have a state championship game to prepare for. They’ll travel to Humboldt State to play St. Bernard’s from Eureka next weekend for the Division 6-AA title.

“That will be quite the road trip,” Mishler said. “I think it will be 12 hours or something. We’ll have to figure out how something like that even works, but it will be great for our guys.”

HOW SOUTH GOT IT DONE

After a first possession punt for South, Spartan cornerback Kade Jones intercepted Canoga Park quarterback David Gomez on the Hunters’ first play from scrimmage and returned it for a touchdown. That set the tone.

South scored three straight offensive touchdowns after the opening defensive TD to go up 27-0. Canoga Park fought back later in the game, but were never going to overcome such a large deficit.

South quarterback Drew Nash hit receiver Cade Bargar for a 70-yard touchdown to put the Spartans up 27-0 and then again for a 74-yard score later in the second quarter making it 34-7 South.

It showed on Friday. South is one win away from a state championship.