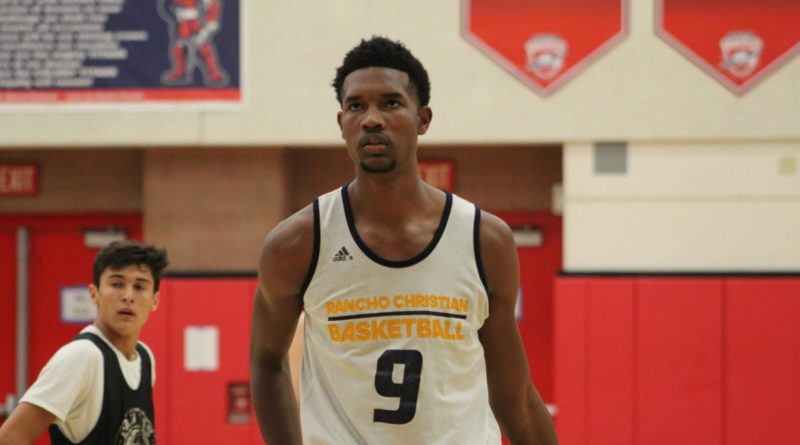 With the 2019-20 high school boys basketball season under way, Scorebook Live California is ranking the top 50 players from the LA City, Southern and San Diego Sections. We released the rankings in groups of 10 over the past week.

Below are numbers 10 to one.

Rated as the No. 45 player nationally in the 2021 recruiting class by ESPN, Dixon has six scholarship offers from six schools including Cal, UCLA and USC. He spent his first two high school seasons at Dorsey, before transferring to St. Bernard’s.

Agbo, a Texas Tech-signee, should have a huge senior season. He’ll have a great chance to repeat as a first team All-CIF selection in 2019-2020. Agbo led all scorers with 24 points and 11 rebounds in a 75-54 St. Augustine defeat to Sierra Canyon earlier this year.

Rated as the No. 100 player nationally in the 2020 class by ESPN, Clark has multiple scholarship offers that include both UCLA and USC. He was an All-Section Open Division selection last season at Corona Centennial. He’ll play his senior year at Etiwanda, but will have to sit until December 29th due to the transfer.

Clark is a special talent. Despite only being a sophomore, he already has multiple Pac-12 scholarship offers. He’s averaging over 30 points per game for a Heritage Christian team that is 3-0.

Boston transferred to Sierra Canyon from Georgia for his senior year. He’s committed to Kentucky. Boston is the ninth rated recruit nationally in the 2020 class, according to ESPN.

Christopher was the Southern Section Division 2AA player of the year a season ago. He’s a consensus top 20 recruit in the 2020 class and holds scholarship offers from both Kentucky and UCLA, among others.

Williams was a Division 2AA All-Section pick last season when he played for Notre Dame. He transferred to Sierra Canyon this offseason and will be eligible to play December 29th. He holds scholarship offers from North Carolina and Duke, among others. ESPN ranks Williams as the fifth best player in the 2020 recruiting class.

Askew reclassified to the 2020 recruiting class from 2021 when he signed with Kentucky two weeks ago. He was an All-Section Open Division selection last year. ESPN ranks Askew as the 25th best recruit in the 2020 class.

Mobley, a USC signee, is the consensus top player in the country in 2020. He was an All-Section Open Division pick last year. He’ll play one year at USC and then is expected to enter the NBA Draft where he’ll likely be a lottery pick.