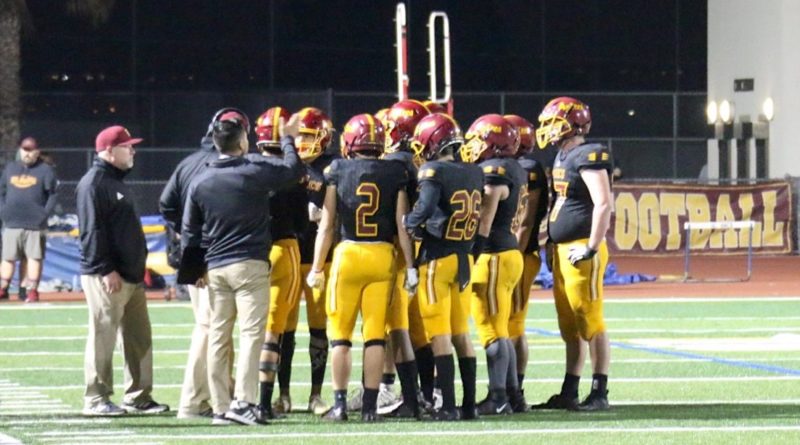 A week ago, it appeared that we were a week away from the No. 1 Alhambra vs. No. 2 Inglewood Division 13 finals that had been expected for several weeks. But No. 4 Ramona and at-large Esperanza, respectively, weren’t having it, upsetting them in close games. Now, one of those two squads is about to win a division title.

Is there a favorite? It’s tough to say. Ramona is formidable at 11-2, and they do have a seed next to their name. Their two losses came in blowout fashion against Norte Vista and Hillcrest–Alhambra is by far the best team they’ve beaten this season. Esperanza is 9-4, with wins including El Modena and Fillmore. They lost to some strong teams in Katella, Brea Olinda, and Foothill. Beating Inglewood was one of the biggest upsets of the playoffs. So it would be almost impossible to call either one of these teams a frontrunner or underdog. Both teams have similar strengths on the field as well.

Ramona runs the ball about 70% of the time, with RB Donte Roby Jr. leading the way with 1,345 rushing yards and 22 rushing yards this season. They have two other threats at running back in Kevin Sanders and Brian Alvarenga, and a dual-threat QB in Diego Muniz. Muniz has a handful of targets when he chooses to throw, led by Adrian Monje, David Cornejo, and Zach Shinar.

There is a laundry list of guys who contribute defensively for Ramona, too many individuals to name. The Rams don’t have a ton of tackles for loss on the season, but their front seven holds it down and forces sacks, led by DLs Donia Romain and Keto Davis. LBs Julian Castaneda and Bobby Villalobos have a combined 212 tackles this season. Alejandro Martinez is one of several contributors to their strong secondary.

Esperanza also runs the ball a lot, so this game might move pretty quickly. Walter Gooding runs the show with 2,280 rushing yards and 23 rushing touchdowns on the season and has gotten the vast majority of their carries on the year. Nate Nadeau starts at quarterback and Roshawn Lacy is to their receiving corps what Gooding is to their running back unit with 1,025 receiving yards and 15 receiving touchdowns.

Unlike Ramona, the Aztecs don’t get many sacks but do have a lot of TFLs on the year. LB Alex Lopez leads the way with 109 tackles, 18 of which came for loss. Cody White has also been a standout at linebacker with 81 tackles and 19 TFLs. DT/LB Diego Reynoso and DB Cody Hoke have also been major contributors this season.

When you factor in who Esperanza lost to on the year, it appears that both of these teams are at about the same level. Both are certainly playing their best ball of the season, and that’s the most important thing. This game could go in any direction.