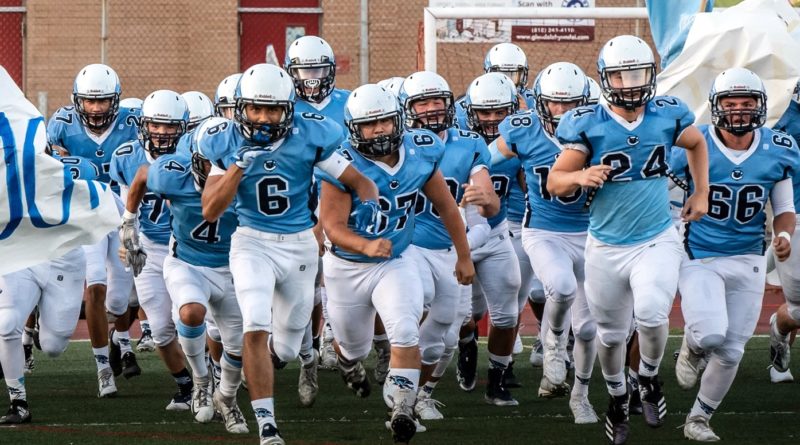 Most of the middle and lower-division playoff title games either are complete tossups or very close to that. That’s not the case in Division 10, where No. 1 Crescenta Valley has been the single frontrunner all year.

No. 2 Orange was expected to challenge them in the finals, but they got upset by a Simi Valley team with a ton of grit. Crescenta Valley will be the favorite going into the finals by a significant margin, but the Pioneers might very well be in this game and even end Crescenta Valley’s dream season in the most disappointing way possible.

There’s a reason the strong odds lie with the Falcons though. 13-0 speaks for itself, and beating Katella 28-10 last week was their best win of the season behind knocking off Muir 28-14 for a league title. The Falcons’ defense would be good enough for a contender more than a couple divisions up from the 10th. Their front seven devours teams up front, their secondary has been essentially impenetrable this season, and they’re impeccable everywhere in between.

LB Sebastian Deleon is up to 153 tackles and 20 TFLs this year. LB Matthew Watson is another big threat around the line of scrimmage and rushing the edge, with DL Logan Tourville as another big factor in the front seven. They have a standout defensive backfield as well, led by PJ Weinmann, Colby Rees, Ochoa, and Aaron Garcia. There are no major weaknesses to be exploited.

Offense is far from a weakness for Crescenta Valley as well. They have a great offensive line and too many threats to keep track off both running and receiving the ball. RB Maximus Grant has 940 rushing yards and 11 rushing touchdowns this season in addition to over 300 receiving yards. In addition to Grant, James Cho and Sebastian Deleon are big factors at RB. Cho is the team’s second-leading rusher in yardage, and Deleon, who ties Grant with 11 touchdowns, serves as a specialist for short power runs for a yard or two. Brendon Pehar is a very consistent, trustworthy pro-style QB. Colby Rees and Angel Ochoa are the biggest targets at WR with four others in the mix.

Dual-threat QB Chase Center hasn’t played in over a month. If he’s hurt, that’s a big loss, but they have been getting it done without him–clearly they have the personnel.

After dropping the first two games by a margin to Lompoc and Redondo Union, Simi Valley (10-3) in no way looked like a team that could conceivably go on a finals run in a brutally deep Division 10 field. But here they are. Since August, they’ve lost just one game, which is still quite an accomplishment even with a pretty easy schedule. In the playoffs they’ve done nothing but topple serious heavyweights in Western, Norte Vista, and Orange. They trailed formidable Orange at halftime last week, and blanked them in the second half to win 30-14. Crescenta Valley would be an extremely tall order, but this is clearly not a team you bet against.

More often than not, Simi Valley gets it done on both sides of the ball. Pro-style QB Travis Throckmorton has nearly 2,000 passing yards this season and anchors a strong passing game for a team with an even better running game. Elijah Leiva is up to 1,706 rushing yards and 19 rushing touchdowns. He went into beast mode last week and gave Orange a career-high 300 yards. Ranell White is good for 800 more yards on the season as RB2. Malik Hunt is by far the biggest threat at receiver with over 900 yards, and Jonah Burton is the top among a few other contributors.

The Pioneers don’t rack up tons of sacks or TFLs, but they have a great front seven. JimE DeYoung is a force at LB with nearly 150 tackles on the season, and DLs Michael Molidor and Damian Hartz, and LB David Kempton all bring great size to the Pioneers’ defensive interior as well. Cooper Mulholland is another standout at LB. Mason Prouty and Wesley Fry lead a strong defensive backfield that held Orange’s passing game in check better than anyone else the Panthers had faced this year.

On paper, Crescenta Valley should win this game by a pair of touchdowns. But if Simi Valley plays the way they did in the second half of last week’s semifinals victory, they’ll have a shot.