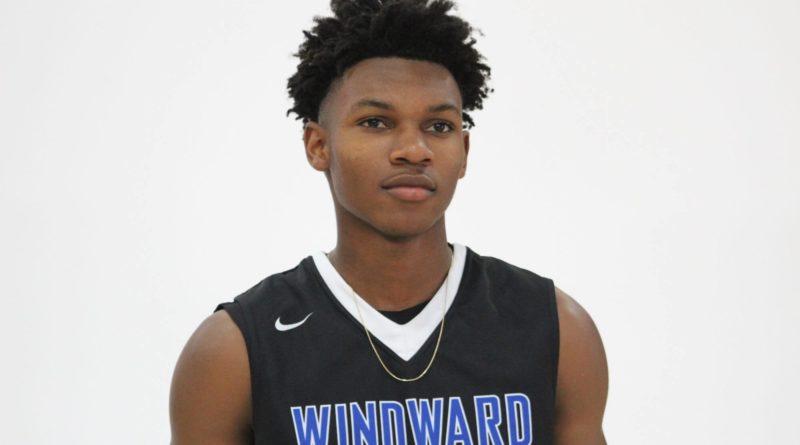 With the 2019-20 high school boys basketball season under way, Scorebook Live California is ranking the top 50 players from the LA City, Southern and San Diego Sections. The rankings will be released in groups of 10 over the next several days.

Coulibaly was an All-Southern Section selection last season in Division 3AA. He has an offer from Cal, per 247Sports.com.

Bailey is best known for his viral dunks. He’s a freak athlete who was committed to UCLA before the Bruins made their head coaching change. He’s a starter for one of the top teams in the country and will continue to improve as he gets more high school games under his belt. He holds four scholarship offers, per 247Sports.

Gorener, a Montverde Academy transfer, will be one of the top shooters in Southern California in 2019-2020. This summer Gorener represented Turkey in the FIBA u18 Division A European Championships. He holds offers from Nebraska and UC Santa Barbara.

Simpson averaged 18.3 points per game for Chaminade last season. He was the only sophomore named to the All-Southern Section Division 2AA team a year ago. He has four scholarship offers, per 247Sports.com.

Angel is the lone returning starter for the Falcons from last season’s Open Division championship team. The 6-foot-8 wing averaged ten points and seven rebounds per game while shooting 40 percent from three-point range last year. After a breakout summer playing with his high school and club teams, Angel picked up twenty scholarship offers before deciding on Stanford, with whom he signed with two weeks ago. Torrey Pines will need him to showcase his full arsenal this season for the team to reach their ultimate potential.

Frank signed with TCU earlier this month. He’s a key piece for a loaded Sierra Canyon team that is one of the country’s best. Frank scored 20 points in the Trailblazers’ season opening win over Montgomery last week.

Andrews is one of the top sophomores in the nation. He holds scholarship offers from several Pac-12 schools. Windward is a top five team in Southern California. They should be an Open Division team with Andrews leading the charge.

“One of the top combo guard prospects in the country, Martinez is comfortable as both a shooter and a distributor. He’s explosive and isn’t shy about attacking the rim. Martinez is ranked the #56 player overall nationally, the #10 shooting guard nationally, and the #9 player in the state of California. He chose Utah over offers from Arizona, Arizona State, and Ole Miss, among others. Martinez is the #2 highest rated prospect to commit to the Utes since 247 Sports began tracking recruits.”

Wright represented the United States at the 2019 FIBA America’s U16 Championship this summer and won a gold medal. He started all six games in the tournament. The sophomore was an All-CIF second team selection last year, one of just two freshmen on the list. He holds scholarship offers from seven schools. per 247Sports.com

A threat for a double-double whenever he takes the floor, Anyanwu has put up some very impressive numbers for the Dons over his first two seasons. His last-second put back gave Cathedral Catholic a one-point victory in the Division 1 championship a year ago. Showing off his big-time athleticism and mid-range jumper over the summer earned him offers from USC, Miami, Colorado, Texas and more. He’ll be a big key as the Dons look to be among the favorites in San Diego’s Open Division.