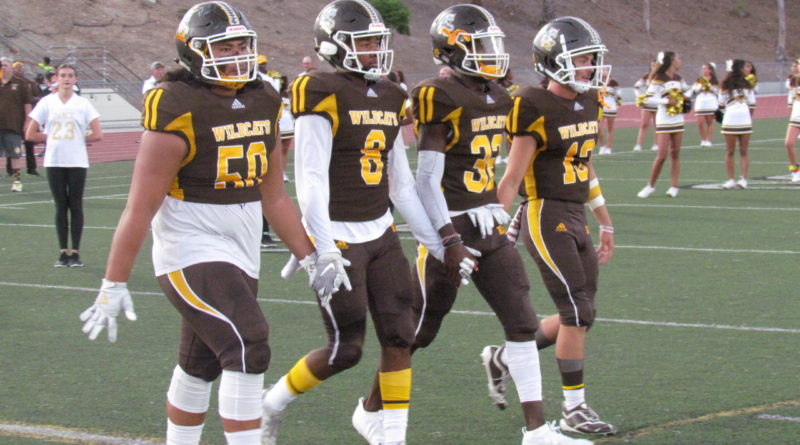 A big second half on Saturday night led Helix to their third open division championship in the last five seasons. The Highlanders trailed 7-0 early in the third quarter before a quick offensive drive and consecutive pick-sixes gave them a 21-7 lead heading into the fourth quarter. Things got sloppy for Helix in the last two minutes as they allowed two Carlsbad touchdowns sandwiched around an onside kick recovery but held on for a 28-21 victory. Despite losing star running back Elelyon Noa for the season at the beginning of league play, sophomore Christian Washington stepped into the role and has rushed for 100 yards or more in each game since. The Highlanders will get a week to rest this week as they prepare for their regional bowl game.

The city of Oceanside will be well represented at Southwestern College this upcoming week. El Camino, who defeated Oceanside in the regular season finale has taken down the 2-seed and 3-seed in consecutive weeks. They’ll get their chance in the division two championship against top-seeded Bishop’s. The move to sophomore quarterback Kiah Reed has done big things for the El Camino offense. After struggling to score for much of the season, the Wildcats have now scored 28 points or more in four consecutive games and look to be the best team that Bishop’s has faced all season. Oceanside ended the season on a sour note losing to rival El Camino, but the Pirates have rebounded winning three consecutive road playoff games. Juniors Kavika Tua and Jakob Harris have led the offensive resurgence.

Francis Parker senior Sam Camposeco helped the Lancers reach their second consecutive D5 final with a big performance on the road against Vincent Memorial on Friday. He had eight tackles, two sacks, and an interception while also rushing for 51 yards.

The Oceanside offense has come alive over the past two weeks, leading them into the division one championship. Juniors Jakob Harris and Kavika Tua posted big numbers in the Pirates 45-21 win over Madison. Harris threw for 300 yards and three touchdowns, while Tua had 272 total yards and two rushing touchdowns.

Scripps Ranch has remained undefeated this season thanks to strong defensive play, but it was their offense that stole the show on Friday night. Junior quarterback Luke Durkin threw for 322 yards and three touchdowns while junior running back Nicholas Gardinera had 129 rushing yards and four touchdowns.

His season ended on Friday night, but La Jolla Country Day senior quarterback EJ Kreutzmann posted one of the best statistical seasons in San Diego history. Kreutzmann finished the season with 5,083 passing yards and 57 touchdowns setting the San Diego record in both categories. He also ran for 595 yards and twelve touchdowns during the season.

In their semi-final win over La Jolla Country Day, Serra was determined to run the ball. The Conquistadors rushed for 464 yards and eight touchdowns on the night. Junior’s Brevin Lingao and Dustan Ellison combined for 299 rushing yards and six touchdowns.

It was a relatively quiet night by Tyler Buchner’s standards as the junior threw for 376 yards and six touchdowns in the win over Santa Fe Christian. Senior receiver Clarence Freeman had a huge game for the Knights catching eight passes for 148 yards and four touchdowns.

Division One Championship: Lincoln vs. Oceanside