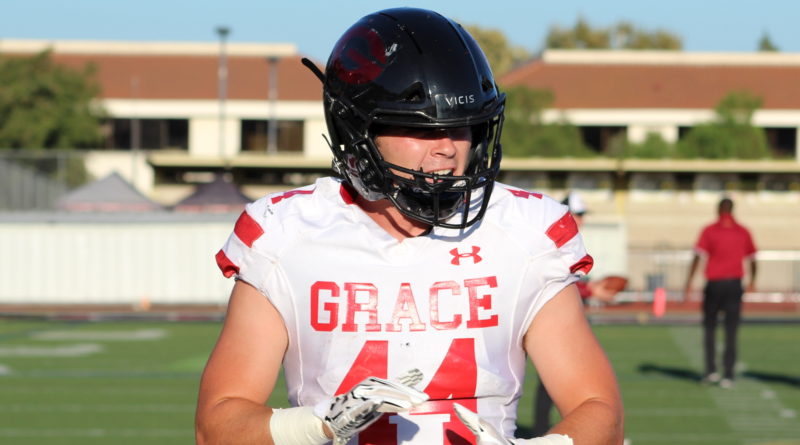 Here are the top performances that caught our attention across the Southern, LA City and San Diego Sections. Tag us on Twitter or Instagram @sbliveca if we missed anyone.

Keionte Scott picked off a pass and returned it 30 yards for a touchdown to give Helix the lead in the second half of the Highlanders’ 28-21 win over Carlsbad in the San Diego Section Open Division championship game.

Jakob Galloway rushed for 250 yards and two touchdowns to lead Banning to a 35-21 win over Crenshaw in the L.A. City Section Open Division semifinals.

Trent Butler threw the game-winning 5-yard touchdown pass to Prophet Tagoai with less than 30 seconds left to lift Reseda to a 42-41 win over Venice in the L.A. City Section Division I semifinals.

Angel Pais kicked the game-winning 30-yard field goal with three seconds left to lift Aquinas to a 24-21 win over Glendora in the Southern Section Division 5 semifinals. Pais had only attempted two field goals on the season, and it was the first one he made.

Davon Booth rushed for 193 yards and two touchdowns to lead El Monte to a 22-15 win over Jurupa Hills in the Southern Section Division 12 semifinals.

Luke Durkin completed 20-of-24 passes for 330 yards and three touchdown passes to help lead Scripps Ranch to a 49-24 win over Central in the CIF San Diego Section Division III semifinals.