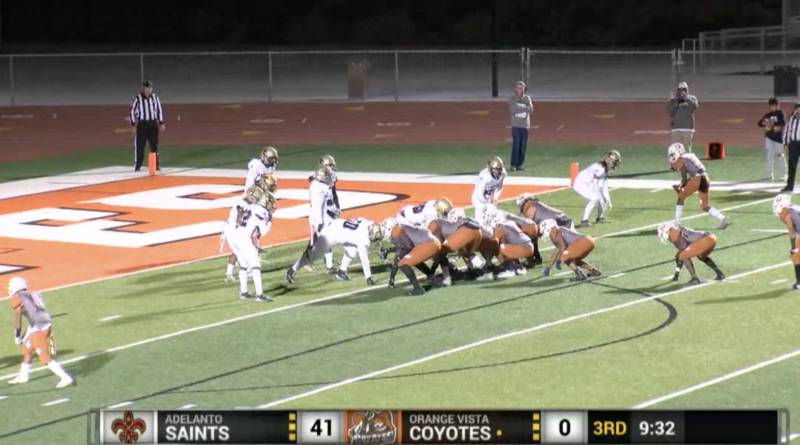 The CIF Southern Section has ruled the Adelanto vs. Orange Division 12 football semifinal game a double forfeit after a bench-clearing fight broke out in the third quarter. The game was called with Adelanto leading 41-0.

Because of the double forfeit ruling, neither team will advance to the D-12 championship game, leaving El Monte as the automatic Division 12 champion. El Monte beat Jurupa Hills 22-15 in the semifinals.

According to the Southern Section, “with the exception of 5-6 members of the Adelanto High School football team who remained on the sidelines during this incident, every other player from both schools was ejected from the contest per CIF-SS Bylaw 2027 and this contest was terminated by the game officials due to the fact that there were no longer enough players for either team available to continue. Therefore, this semifinal game is declared a double forfeit with neither team advancing to the CIF-SS Division 12 Championship Final this upcoming weekend. El Monte High School is declared the CIF-SS 11-Man Football Division 12 champion.”

Here’s the full statement from the CIF Southern Section: