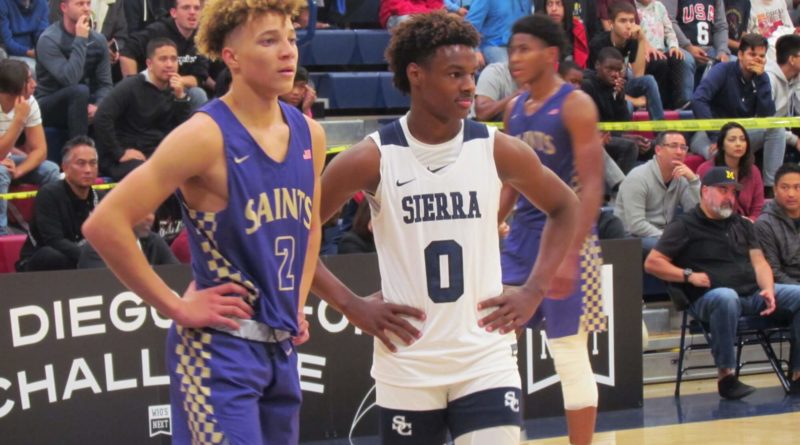 SAN DIEGO — Sierra Canyon used a strong 3rd quarter to extend their three-point halftime lead to take down St. Augustine, 75-54, on Friday night. Sierra Canyon improved to 2-0 with the win. St. Augustine fell to 1-1. Below are three takeaways.

St. Augustine forward Chibuzo Agbo led all scorers with 24 points before fouling out late in the 4th quarter. The Texas Tech-signee had 38 points the night before against Helix.

Kentucky-signee BJ Boston had a great night for Sierra Canyon hitting several long-range jumpers while also throwing down a couple thunderous dunks. He finished with 23 points to lead the Trailblazers.

TCU-signee Terren Frank had another great night for Sierra Canyon. He showed an impressive all-around game, finishing with 22 points.

“In the first game we were really sloppy, but (tonight) we played really hard and had a good 2nd half,” Frank said.

Sierra Canyon has a roster full of players that will be producing highlights at the rim in each game this season. In Friday’s game the Trailblazers were missing stars Zaire Wade (undisclosed injury) and Ziaire Williams (transfer sit out period).

It was up to BJ Boston, Amari Bailey, and even freshman Bronny James to provide the highlights.

“If we stay poised, I don’t think anyone can beat us,” Bailey said.

James caught a pass in the 3rd quarter, drove the lane and threw down his first high school dunk which got the entire crowd on their feet.

Sierra Canyon added many new faces to the program this season but hasn’t shown a lack of continuity through two games.

“We’ve all been playing together since the fall and in China, so it’s been good,” senior Terren Frank said after the game.

“We played rocky in the first game, but I feel like we’ve found our identity,” Bailey added. “Just having everyone buy in early, that’s about it.”