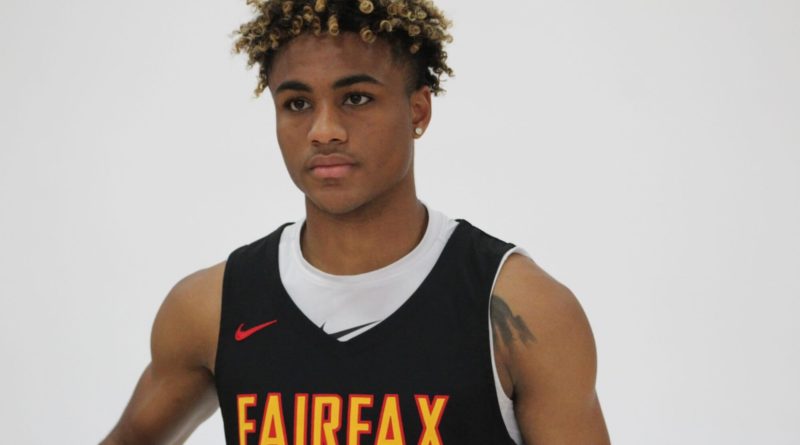 With the 2019-20 high school boys basketball season under way, Scorebook Live California is ranking the top 50 players from the LA City, Southern and San Diego Sections. The rankings will be released in groups of 10 over the next several days. Below are numbers 40 to 31.

Hooks is a Princeton commit who throws down vicious dunks (he’s already broken a backboard in his high school career) and defends well at the rim. He makes up a lethal combo down-low for the Wolverines alongside junior Truman Gettings.

Davis signed with UC Irvine earlier this month. He scored 22 points in a regular season defeat to No. 1 Sierra Canyon last season as a member of Corona Centennial. Davis is now at Riverside Poly, where he’ll make up a loaded backcourt with San Diego State commit Lamont Butler.

Gharram put up huge numbers last season for the Knights as they advanced to the Open Division championship. He’ll likely see the Foothills Christian offense run through him even more this year with the graduations of DJ Carter-Hollinger and Jaren Nafarrete. Going into his fourth varsity season, Gharram has amassed 1,249 career points. He’s shot 41-percent from 3-point range in the last two seasons. Gharram picked up several scholarship offers before deciding on Yale and signing with the Bulldogs last week.

Harris signed with Gonzaga last week. On National Signing Day, Bulldog head coach Mark Few told The Spokesman Review: “Dom’s really improved since we first saw him. He’s a really hardworking and motivated player that will be able to play multiple positions on the perimeter. He can shoot it, score it, drive it, defend and fills a lot of buckets from a coaching standpoint.”

Johnson fits into the current world of basketball very well. He’s lanky, can shoot from deep, drives well and is also a great athlete. During a four game stretch last January, Johnson averaged 28 points, eight rebounds and four assists for the Knights to win the Long Beach boys athlete of the week honor from the Press Telegram. In Lynwood’s first game of this season, he scored nine of his 14 points in the fourth quarter to help the Knights come from behind and win over LA University. Johnson holds a scholarship from UC Santa Barbara.

David Cheatom will be in the running for the City Section player of the year award. He was an All-City selection as a junior after willing his University team to a spot in the Division 1 championship last year. Cheatom scored 25 points in the Wildcats’ loss to Lynwood to start the 2019-2020 season on Tuesday. The froward has been at University for all four years of his high school career. It’s rare that such a high profile player has stuck around his home-town public school like Cheatom has. He’s beloved for that.

Mashack may be the best player on a loaded Etiwanda team in 2019-2020. He’s one of the best defenders in Southern California and his offensive game has improved substantially this offseason. The junior has offers from Liberty, Pepperdine and UC Santa Barbara.

Dinwiddie, a San Diego State commit, takes over as Fairfax’s go-to guy following the graduation of Ethan Anderson (USC). Dinwiddie was an All-City selection a year ago, but was primarily a perimeter scoring option for the Lions. His best game came against rival Westchester on January 31st when he hit seven threes to lead Fairfax to a win. This season, the Lions’ offense will run through the star senior guard. Watch out.