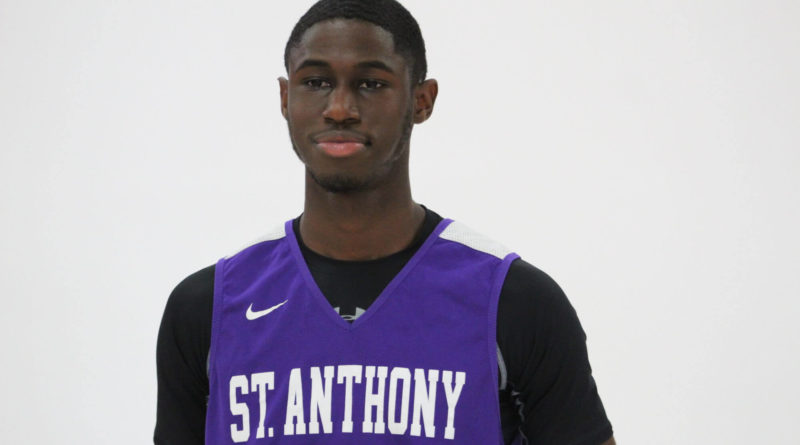 With the 2019-20 high school boys basketball season under way, Scorebook Live California is ranking the top 50 players from the LA City, Southern and San Diego Sections. The rankings will be released in groups of 10 over the next several days. Below are numbers 50 to 41.

Despite not yet playing a varsity game, Williams has burst onto the national scene with over one million Instagram followers and the type of highlight plays that you just don’t see from 15-year old freshmen. Scholarship offers have already poured in from Arizona, Arizona State, USC, Arkansas and San Diego State. Playing alongside Kailen Rains (Cal State Northridge) and Jurian Dixon, Williams is sure to make San Ysidro games a must watch this season as they play many of Southern California’s top teams.

Steward will be Compton’s leader in 2019-2020. With Cameron Denson gone due to graduation, Steward is the man opposing teams must prepare for. In a 68-61 playoff win over Lynwood a year ago, Steward scored 23 points and snagged 20 rebounds. On Tuesday, he led Compton with 13 points in the team’s season opening 43-42 win over Santa Monica. Right now, Steward is mostly hearing from Division 2 programs.

Oliver holds three scholarship offers from Ole Miss, TCU and Texas Tech. He was named the Southern Section Division 5AA player of the year a season ago after leading Santa Clara to a championship. Oliver has transferred to Maranatha for his senior season, but has not yet been ruled eligible to play by the Southern Section.

Windward’s sophomores might receive more of the hype, but Tillis is the key cog that makes the Wildcats tick. The senior was an All-Section selection last season, one of just four juniors to secure that honor from Division 1. He currently has two Division 2 offers, but should be a Division 1 prospect by the end of the season.

Wade has three scholarship offers, per 247Sports.com. The son of NBA champion Dwyane Wade, Zaire transferred to Sierra Canyon from Florida for his senior season.

Knapper was the lone sophomore to be picked as an All-Section Division 2A selection last season following Colony’s Southern Section title run. The junior has received scholarship offers from Pepperdine and TCU among others. Knapper will lead Colony in Division 1 this season.

Stevenson was a second team All-Baseline League selection a year ago and a big reason why Etiwanda only lost six games and won a league championship. One of Stevenson’s best moments from last season came when he led Etiwanda to a 59-49 win over Rancho Verde in the Open Division playoffs scoring 16 points. He holds scholarship offers from Cal State Fullerton and UC Davis.

Only three juniors were named All-Section Open Division selections a year ago and Pierce was one of them. He signed with Cal Poly SLO on November 13th.

St. Anthony led Peninsula 41-9 at the half Tuesday night and Jones was a big reason why. He led all scorers with 14 at the break, had a few assists and made a handful of great defensive plays. Jones had a breakout year last year and will make St. Anthony a very tough out in the Division 1 playoffs when the postseason arrives. He holds a scholarship from Northern Arizona.

Mallette has 15 scholarship offers and counting. Last year he was the only sophomore named as an All-Section Division 4AA selection. One of Mallette’s best moments at the high school level came when he hit a last second game-winner at Corona del Mar’s Beach Bash a year ago. He’s clutch, talented and primed for a big junior season.