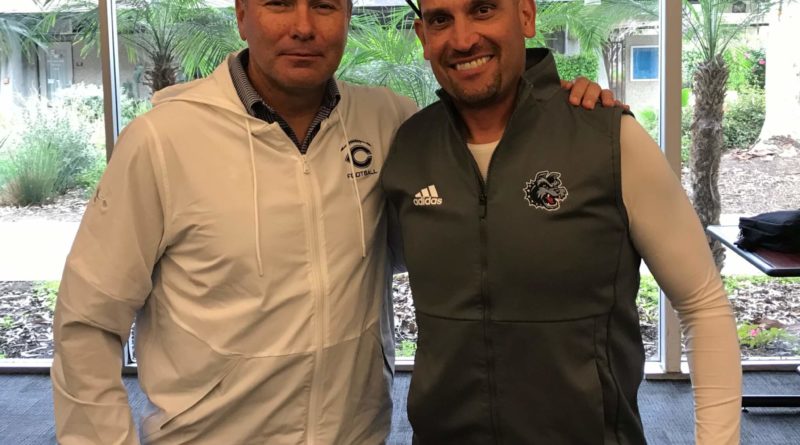 Now in his fourth season leading the Highlanders, Robbie Owens has become quite familiar with the sight of Southwestern College. He’s taken Helix to the CIF Championship in each season, three of those in the Open Division. After losing in overtime to Herriman, Utah in week two of the season, Helix has made their presence felt on everyone in their path. Questions arose when Elelyon Noa went down with a season-ending injury, but sophomore running back Christian Washington has shown he’s much more than just a capable replacement. Since taking over for Noa he’s run for over 100 yards in each game and has 13 touchdowns during that time.

In the 9th season back at his alma mater, MacNeal has the Lancers with double digits wins for the first time since their 2006 CIF Championship. Similarly, to Helix, Carlsbad suffered their lone loss to an out of section opponent when they lost at Lawndale 35-16 in week three. Carlsbad has responded with eight straight wins including a perfect run through the Avocado League. The Lancers suffered key injuries throughout the season to Steven Wynn, Noah Vella, and Mazlo Norwood throughout the season but continue to replacements to step up. Junior quarterback Aidan Sayin has spread the ball around this season, but top target Cole Wright has been a big factor in recent weeks with three touchdowns in their win over Cathedral Catholic and looks to be a player that Helix will have to limit on Saturday. Senior linebackers Dylan Quinn and Kyle Vassau pair up to make one of San Diego’s best linebacker duos but will have their hands full trying to contain the explosive Helix offense this weekend.

“We try to keep everything consistent during the week of preparation, but we talk to our guys all the time. It’s just a normal high school football game, obviously it’s gonna have a lot more crowd and all that but we’ve played big games. I think the biggest thing it just trying to get your guys to understand that we have to go out there and do those basic little things that all coaches talk about. If we play Helix football, then we know we have an opportunity to win.”

“Just enjoy it, relish in it and do what we always do and play hard, play Carlsbad football. We’ve been in a lot of big games, lot of big crowds. We sell out (our games), we have a big crowd, so I don’t think that’s gonna bother them. I always tell them right before we go out, ‘what’s the most important thing’, and they yell ‘have fun’. We’re gonna have fun Saturday night and play football.