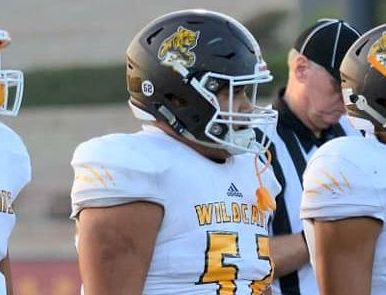 Here’s a look at the Top 5 semifinals games to watch.

Surprisingly, it’ll be the first ever match up between two of San Diego’s most successful programs. The Warhawks and Pirates are very familiar with playing this time of season having combined for six state championship appearances since 2007, winning four of them. Oceanside was inconsistent throughout much of this season but appear to have regrouped once the playoffs began. Junior running back Kavika Tua has been just as good in the playoffs totaling 446 yards and three touchdowns in two games so far. Warhawks senior running back Ke’ontae

Springs has been equally impressive as Tua so far. In Madison’s quarterfinal win against Grossmont he ran for 331 yards and five touchdowns while also securing the game-sealing interception. Colleges looking for a running back would be well-served heading to this game on Friday to see these two uncommitted players.

Vista caught the attention of many during the season for their seven-game winning streak that included an undefeated run through the Palomar League. They ended the season with a non-league, 12-point loss at Carlsbad that looks better each week. The Panthers three-headed rushing attack features two backs in David Flores and Desmond Taua that have already gone over 1,000 yards on the season and another in Brian Kelly that is knocking on the door. Hosting a semi-final playoff game, Vista is set up with a great opportunity to reach the CIF Championship, something they haven’t done since their back-to-back-to-back trips in ’09, ’10, and ’11. Facing a 3-6 record just a few weeks ago, the Wildcats have rattled off three in a row thanks in part to the insertion of sophomore Kiah Reed at quarterback. He’s given the Wildcats a dual-threat ability that has them looking for their 2nd championship in three seasons.

We’re now into week 14 of the football season and Scripps Ranch remains unbeaten. The Falcons have allowed 64 points all season and really haven’t been tested. It seems as if their strong defense has gotten better each week. Scripps Ranch hasn’t won a game by less than three touchdowns since September 20th. Junior running back Nicholas Gardinera has had a breakout season averaging seven yards per carry and has scored 22 total touchdowns. Central has been knocking on the door the past few years. They followed up a four-point loss in the semi-finals in 2017 with a six-point loss in the championship last season. Three-year starter Deniro Osuna is one of the most underrated players in the county and has thrown for 72 touchdowns over his career for the Spartans. Senior running back Angel Nava-Esparza has run for twelve touchdowns this season to help keep the Central offense balanced.

Santana saw their undefeated season come to an end against Monte Vista in week nine in a game that ultimately settled the league title. The Sultans have rebounded strong with wins against El Cajon Valley and Escondido over the past three weeks. Senior quarterback Nathan Temple has had a season that has largely gone under the radar. He’s averaging nearly 200 yards per game and has thrown for 28 touchdowns against only five interceptions. The Patriots were the division five champions a season ago and have adjusted well with the transition up to division four in thanks to another huge season from running back Cael Patterson. He’s now passed 3,000 all-purpose yards for the 2nd straight season to go along with his 73 career touchdowns. Orange Glen will likely need help from the passing game as the Sultans are sure to hone in on stopping Patterson.

Parker fell short in the division five championship last season and lost several key contributors, but they’re one game away this season relying on players from all four grades. Freshman Chris White is the Lancers 2nd leading tackler and also is the team’s leading rusher. Another freshman, Chris Williams is Parker’s leading receiver and also has six interceptions on defense. Parker looks to be a team that will be playing late into the season for the foreseeable future. Parker will be making a long drive on Friday to face Calexico’s Vincent Memorial. Outside of a week six loss to Santana, the Scots have been dominant in nearly every game. Vincent Memorial employs a balanced offense that has seen five players run for a touchdown and eight receivers catch a touchdown. The Scots will be looking for their third championship game appearance in the last six seasons.