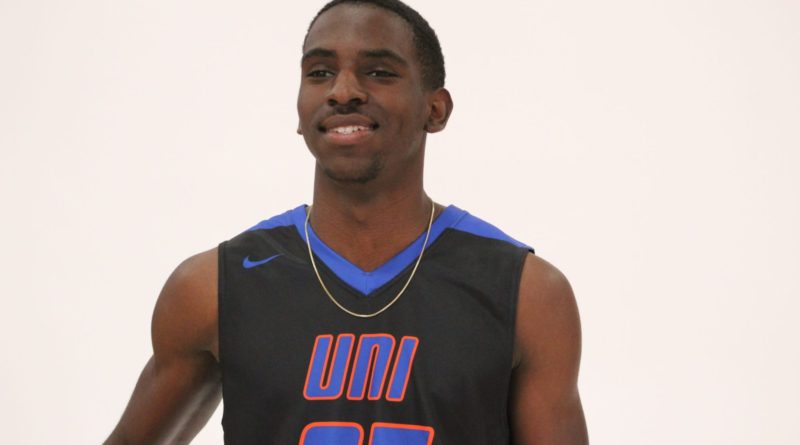 Former head coach Steve Baik has moved on and Reggie Morris Jr. has taken over to lead last year’s Open Division champions. Fairfax is a guard dominated team. Senior shooting guard Keith Dinwiddie is committed to San Diego State. Senior point guard Justyn Hunter is one of the most underrated players at his position in the region. Senior guard Justin Gladney and junior guard Barry Wilds Jr. are solid too. Sophomore forward Verrell Joseph has the potential to emerge as a key player for the Lions this year in the front court.

After years of Westchester vs. Fairfax championship games, this year’s Birmingham team believes it can win an Open Division City title and they’re right to hold that belief; they have a lot of talent. Junior forward Corey Cofield has a chance to be the City Section player of the year. Junior shooting guard David Elliott may be the best shooter in the City. Senior forward Elisha Cofield is a great interior defender and junior wing James Nobles is a terrific athlete capable of throwing down thunderous dunks. The Patriots have a freshman they are expecting to contribute as well in Kory Blunt.

It will be a new look Westchester squad in 2019-2020. Senior Kymani Pollard is the only impact returner from last year’s Open Division runner up team. He’s been a reliable shooter and ball-handler for the Comets since his sophomore year. Junior point guard TJ Wainwright has transferred in from Santa Monica and is poised for a big season. Junior guard Jojo Johnson has transferred in from Damien. He’ll be a solid scoring option for the Comets. Both transfers are eligible to play right away. Westchester is still waiting on the eligibility of Narbonne transfer Zion Sutton. He led the Gauchos in scoring as a sophomore last season.

Taft is loaded this season and could very well be an Open Division finalist by the end of the season. Senior guard Demetrius Calip can shoot from anywhere. Senior forward Khalil Haywood is a tremendous athlete who shoots well but can also score inside. Those are head coach Derrick Taylor’s senior leaders.

Taylor also has a great group of sophomores at his disposal this season. Point guard Ramel Lloyd transferred from Calabasas and is already drawing comparisons to NBA players that Taylor has coached in the past (Jordan Farmar and Spencer Dinwiddie). Jason Hart Jr., a shooting guard, and Duke Gipson, a 6-foot-9 forward, have transferred in from Dorsey but will have to sit until December 29th. The team has a ton of depth.

The Conquistadores are a senior-heavy team, which bodes well for head coach Joe Wyatt. Big man Ben Todd will be the key man in the middle finishing in the paint and grabbing rebounds. Calabasas transfer and Navy commit Kyle Braun is a sharp-shooter (he’s not yet eligible, per the City Section website), Tai Rutledge is a tenacious defender and Amyr Henry, a transfer from Philadelphia, is an impact scorer. The West Valley League is the best in the City and ECR will be a tough matchup this season for Taft and Birmingham, the traditional league powers.

All-City guard Michael Frankling returns for Gardena, last year’s Marine League champions. Frankling is a volume scorer who should have a monster senior year. All-City guard Chris Page transferred in from Fremont and is eligible to play right away. He’s a junior and a dark horse player of the year candidate. Senior guard Kolby Kimbrough is another solid returner for the Panthers. What Gardena gets on the interior will determine their ceiling. With Frankling and Page leading the way, the Panthers should defend their Marine League title and make the Open Division playoffs.

University senior forward David Cheatom is a top five player in the City Section. The Wildcats lost in the Division 1 championship game a year ago to Granada Hills, but just about everyone is back from that runner up team. Jermine O’Dell, Brandon Egemo and Jonathan Martin all gained valuable experience last season and will help University push for an Open Division playoff spot.

Last year’s Division 1 champions lost a few seniors, but with Don Loperena at the helm, the Highlanders will always be a dangerous team. Senior Jason Glass will run the point for Granada Hills with Diego Carrillo and Khalil Forrester also in the backcourt. Forward Elijah Uche should see more time as a senior in the front court.

Washington Prep lost a lot of seniors from last season’s Open Division semifinalist team. Big man DeShawn Johnson is back and will be a problem for smaller teams to defend, but after him the Generals will need new players to step up. D’Anthony Ward and Joshua Lee are two guards head coach Jovante King will rely on to fill the void. Manual Arts transfer Travis Dowdell hasn’t been ruled eligible yet, but he’ll be an important piece too when he’s cleared.

King/Drew big man Fidelis Okereke was an All-City selection last season and is arguably the best center in the City Section. Guards Kalib Lacount and Eric Peacock, two impact players from a year ago, return as well. King/Drew will be an Open Division bubble team in 2019-2020. They’ll compete with Washington Prep, Crenshaw and Fremont for a Coliseum League title.

On the bubble: Crenshaw, Fremont and Palisades