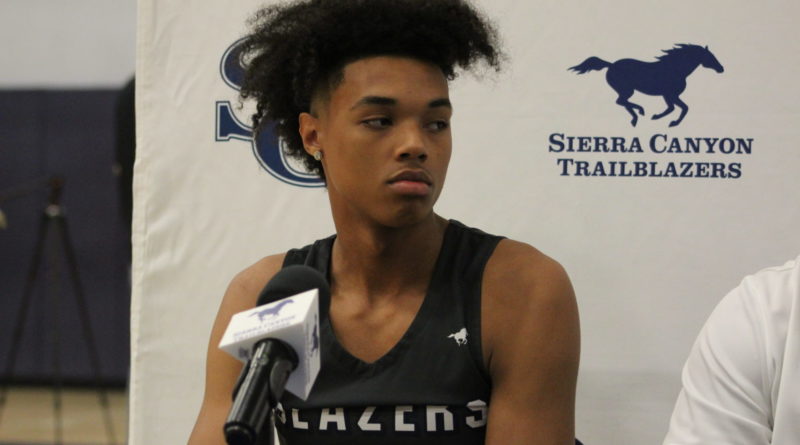 Here are numbers five to one in our team rankings.

Outlook: It may be a year too early to consider Windward a legitimate Division 1 contender in the Southern Section, but there’s no doubt that the Wildcats time is coming. Forward Devin Tillis is the lone impact senior on a team loaded with underclassmen talent. He holds a couple Division 2 scholarship offers.

Jaren Harris is a reliable junior guard who had a strong season a year ago. Windward also has two super sophomores in point guard Dylan Andrews and center Kijani Wright. They’re both national recruits in the 2022 class. These four make up a strong core that should lead the Wildcats to the eight team Open Division playoffs in the Southern Section.

Outlook: Etiwanda returns the majority of their playmakers from a year ago. Junior forward Jahmai Mashack is a great prospect. The Eagles’ senior guard trio of Camren Pierce, Brantly Stevenson and Darryl Jackson can compete with anyone. Adding senior wing Jaylen Clark, a transfer from Corona Centennial, makes Etiwanda Open Division title contenders. Clark won’t be eligible until December 29th though.

Outlook: Rancho Christian was the only team from California to beat Sierra Canyon last season and they bring back a very talented team in 2019-2020. Senior center Evan Mobley, the consensus number one player in the 2020 class, signed with USC last week.

Juniors Luke Turner and Jaden Byers along with seniors Jayce Catchings and Gonzaga signee Dominick Harris make up a very talented starting five that will compete for the Open Division title. Turner is a fantastic shooter. Byers, Catchings and Harris are all very athletic and capable of making shots. Opposing teams have a lot more to worry about than just Mobley.

Outlook: The Monarchs are a national team. Their top seven players have been offered Division 1 scholarships, led by junior point guard Devin Askew, a Kentucky commit. Askew reclassified to the 2020 class last week, so this will be his final year at Mater Dei.

“We can play a lot of different ways,” head coach Gary McKnight said at Trinity League Media Day in October. “…I’m pretty pleased with the group, it’s a coaches delight..we have a little bit of everything.”

In addition to Askew, Ryan Evans, Aidan Prukop, Harrison Hornery, Wilhelm Breidenbach, Nick Davidson and Logan Cremonesi are all Division 1 players. Evans and Prukop are seniors and are both committed to Cal San Luis Obispo. Hornery, a junior, is committed to USC.

Outlook: Sierra Canyon, last year’s Open Division Southern Section and State champions, begin the year at number one. Their top player, senior forward Ziaire Williams, transferred in from Notre Dame Sherman Oaks and will have to sit out until December 29th. Despite not being at full strength to start the year, Sierra Canyon won’t be short on star power.

Senior wing BJ Boston transferred in from Georgia and is eligible to play immediately. He’s a Kentucky commit. Returning senior forward Terren Frank is committed to TCU. 7-foot-3 junior center Harold Yu is back as well and has made noticeable improvements to his game in the offseason, according to the Trailblazer coaching staff.

Sophomore forward Shy Odom is a college prospect who has transferred in from Massachusetts. The Southern Section hasn’t ruled on his eligibility yet. Sophomore shooting guard Amarie Bailey returns. He’ll be good for at least five viral dunks this season.

Bronny James and Zaire Wade have also enrolled at Sierra Canyon and are eligible. James’ a freshman, will see minutes off the bench for the Trailblazers. Wade is a solid senior point guard.

Sierra Canyon has incredible depth and immense talent. Their inevitable postseason battle (or battles) with Mater Dei will be appointment viewing.