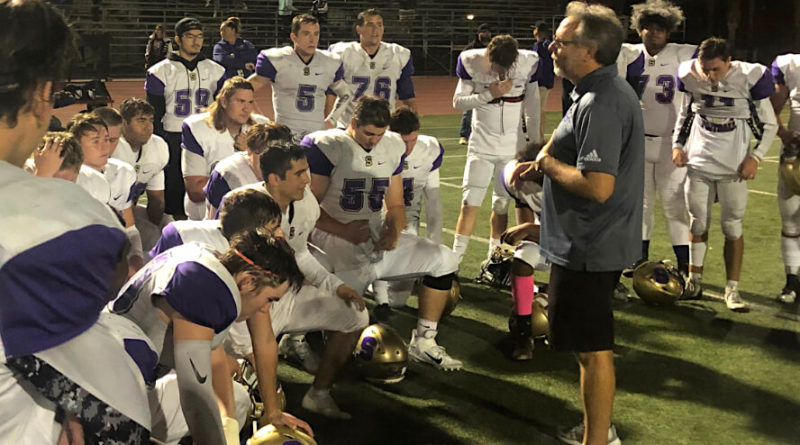 Which San Diego Section high school football teams have overachieved in 2019 or improved dramatically from a year ago? Scorebook Live California’s Bodie DeSilva breaks down the top 10 coaching jobs in the San Diego Section this season.

The Falcons have never had a season with less than four losses. Gardinera has them at 10-0 heading into the division three quarterfinals.

After fifteen seasons as an assistant in the region, Livesay got his first head coaching job this season. He has the Trojans with nine wins entering their quarterfinal game, their most since 2005.

Westling has made his mark on the Lancers in his fourth season. They’re 9-1 and the two-seed in the division three playoffs.

Corley has guided the Golden Eagles to a 9-1 record in division two and their first outright league title since 2000.

The Aztecs were 24-48 since 2012 coming into this season. Dunkle has led them to a 9-1 record and the three-seed in division four in his first season.

Coronado has improved their win total in each season under Hines and got a big playoff win at Mt. Miguel last week.

Palo Verde hasn’t had a winning season since 2011. In his first season, Grant has the Yellowjackets sitting at 6-5 coming off of a playoff win last week.

Bordman had a rough go in his first three seasons with the Cougars but has them at 6-5 after a first-round playoff win over Classical Academy.

The Sultans have lost 46 games since 2012, but Estes has Santana at 9-1 and the one-seed in the division four playoffs heading into this week’s game.

Bottom led the Panthers to an undefeated Palomar League title, their first since 2009. He has Vista at 7-3 heading into the division two quarterfinals.