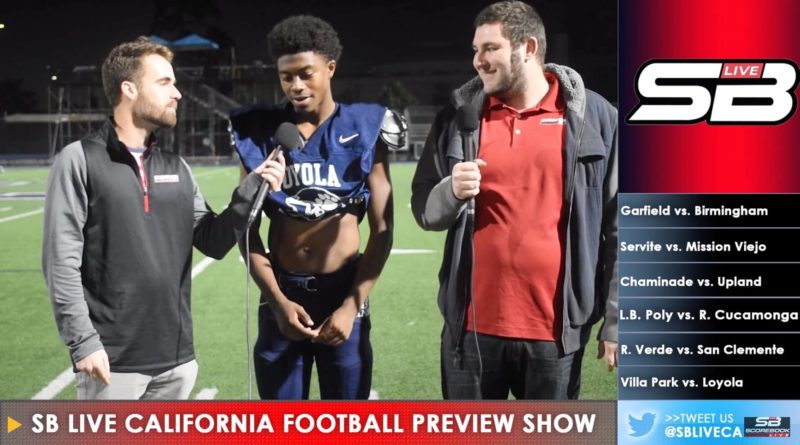 Scorebook Live’s Connor Morrissette and Lance Smith preview the top high school football games of the Southern Section quarterfinals and the top game of week in the LA City Section at Loyola High School in Los Angeles. The Cubs will face Villa Park this week at home in the Division 4 quarterfinals. They are joined on the show by Loyola star DB/ATH Ceyair Wright, who is also acting in a major role as LeBron James’ son in the upcoming movie Space Jam 2.