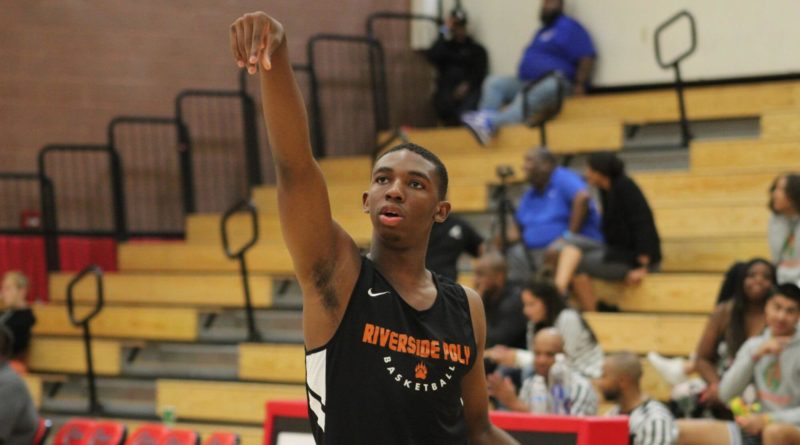 Here are numbers 20 to 16 in our team rankings.

“I’m really excited about this year’s team. I would put our guard corp of Lamont Butler, DJ Davis (Corona Centennial transfer), Evan Oliver, and Chance Stephens (transfer) up against any guard corp in the state. We have another returning starter in senior forward Derek Rubidoux who does nothing but impact winning. Senior guard Budd Bernie, who is also a 3 year starter at quarterback for the Varsity football team, returns after being 6th man for the last 2 years including as a sophomore on the team that went to the CIF Championship Game. We also have a pair of 6’5” junior forwards, in Mason Bates and Travis McDowell, who will give us what we need up front.”

“We’re challenging ourselves in the regular season playing in “The 8” Division of Tarkanian Classic at Bishop Gorman, the National Division of Under Armor Holiday Classic at Torrey Pines, and single day events in January at Rancho Christian (playing the host school Rancho Christian), and at St Mary’s College on MLK Day (vs Capital Christian).”

“The strength of our program has always been in the form of our program culture, team chemistry, ability to defend, and our offensive execution.  Add to it that this year’s team will probably be one of the best shooting teams I’ve ever coached. I like our team’s outlook for this season.”

Outlook: The Falcons lost seven of their top eight scorers from last season’s Open Division championship team, but Stanford commit Brandon Angel should emerge and have a huge season. Point guard Chris Howell transferred in from San Marcos and will rely on contributions from several juniors who led the JV team to a 28-0 record last year. The Torrey Pines schedule includes seven teams from the San Diego preseason top 10 as the Falcons hope to win their thirteenth league title in the last fifteen seasons.

Outlook: DJ Carter-Hollinger and Jaren Nafarrete are off to the next level but Yale commit Yassine Gharram returns after putting up huge numbers as a junior. He’s accompanied by Jalai O’Keith and Derrien Carter-Hollinger who both played big minutes for the Open Division runners-up a year ago. Nico Meza, one of San Diego county’s top shooters, has transferred in from Mater Dei Catholic. The Knights will play a top schedule as usual that includes several games against talented Southern Section teams.

Outlook: It’s a new look Westchester squad in 2019-2020. Senior Kymani Pollard is the only impact returner from last year’s Open Division runner up team. He’s been a reliable shooter and ball-handler for the Comets since his sophomore year. Junior point guard TJ Wainwright has transferred in from Santa Monica and is poised for a breakout season. Junior guard Jojo Johnson has transferred in from Damien. He’ll be a solid scoring option for the Comets. Both transfers are eligible to play right away. Westchester is still waiting on clearance from Narbonne transfer Zion Sutton. He led the Gauchos in scoring as a junior last season.

Outlook: This is Birmingham’s year. The Patriots believe they can win an Open Division City title and they’re right to hold that belief. They have a lot of talent. Junior forward Corey Cofield has a chance to be the City Section player of the year. Junior shooting guard David Elliott may be the best shooter in the City. Senior forward Elisha Cofield is a great interior defender and junior wing James Nobles is a terrific athlete capable of throwing down thunderous dunks. The Patriots have a freshman they are expecting to contribute as well in Kory Blunt.