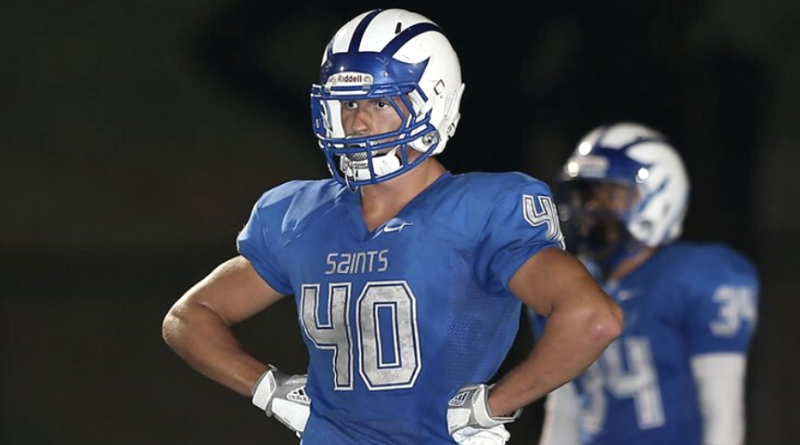 Of all the teams in the Southern Section, Foothill might be the farthest out in front of the rest of their division so far this season. They are the overwhelming favorites to win Division 9, and would likely be a semifinalist in every division through Division 4. And they have the resume to prove it. They’ve beaten Yorba Linda and Villa Park, and have breezed by numerous playoff contenders in the low divisions. Foothill’s biggest asset is a loaded defense that rivals those of numerous teams in some of the highest divisions.

What’s interesting though is, all other seven teams left in Division 9 are perfectly well-matched, so should anyone knock Foothill off, the Division 9 race would be as exciting as it gets.

10-1 San Dimas gets the first crack at them, and their running attack has been hard to stop all year. In the regular season they averaged nearly 400 rushing yards a game, led primarily by Nicholas Cuda, Jacob Buccola, and Bleau Wallace. It would be a shock if they pulled off the upset, but it would be going too far to say it couldn’t happen.

Even after last week’s last-minute victory over Brea-Olinda, Lakewood is still only 5-6 on the season. They are a perfect example of a team that challenged themselves with a difficult schedule and put themselves in a good position to go on a playoff run by being tested early by the likes of Corona del Mar and Camarillo. That’s in addition to sharing a league with Long Beach Poly and Wilson. The Lancers’ offense is built around dual-threat QB Gevani McCoy, with RB James Voorhies also on every opponent’s scouting report.

They’ll be in for a tough game against 8-3 Highland, who would possibly be the top candidate to win the division if Foothill went down. The Bulldogs almost knocked off St. Bonaventure in pre-league and beat a strong Bonita squad by surprising margin last week. QB Damien Pecoraro and RB Isaiah Creech run the show offensively, and Highland’s defense could hold up against playoff teams a good few divisions up.

Highland is certainly the favorite in this game, but Lakewood isn’t that far behind them. If the Lancers bring their best shot, they could very possibly give Highland a run for their money.

This game is a dead tossup between two teams who are right in the middle of the main pack in Division 9. There isn’t much separating these squads. North is 9-2 with a few less difficult games. Palm Springs is 7-4 with a few close losses in which some were winnable. But overall they’re in the same exact ballpark.

Like most playoff teams around Division 9, both of these squads have a mild preference for running the ball over passing it. For Palm Springs, Arieon Caplar is the biggest threat at RB, followed by Jason Roberts. Stephen Bradford is the man for North with nearly 1,700 rushing yards so far this season.

As was the case with the last game, Newport Harbor vs. Monrovia is a complete tossup. It seems pretty clear that Newport Harbor (8-3) is a very consistent strong team that will always take care of business against inferior competition but can’t compete with the big boys that this year were Corona del Mar, Los Alamitos, and Edison.

Monrovia is 10-1 but played a significantly easier schedule. They’re led by star QB Nick Hernandez, who has over 2,800 passing yards on the season and 33 touchdowns to only five picks. He has two very strong receiving targets in Mario Mario Minor and Daylen Wilson, in addition to support from a couple solid running backs. The strength and experience in their passing game is going to have to be the difference if they want to pull away from Newport Harbor with any room to spare.