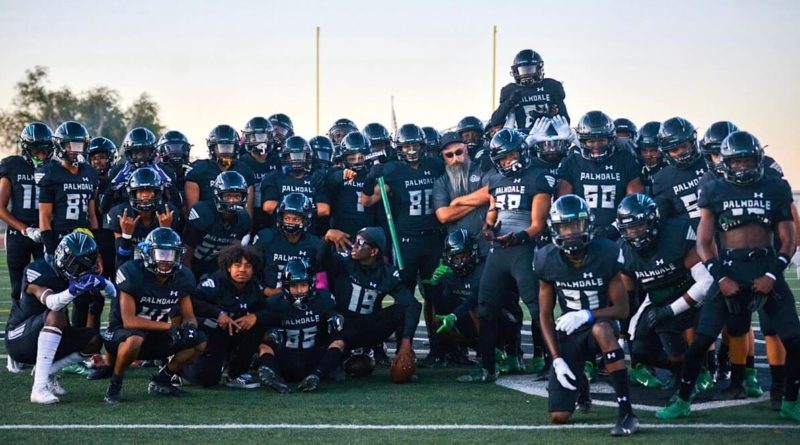 It’s a good feeling when you can say that all eight teams left in any kind of playoffs have a legitimate chance of winning it all. That’s the case in Division 8, although this matchup features the biggest favorite, No. 1 Sunny Hills, against the biggest long shot, Notre Dame (Riverside).

Sunny Hills has lost this season by one point to Aliso Niguel, a team they may have to face down the road, and La Habra. Other than that, they’re nine for nine, with numerous lower-division playoff contenders under their belts. And an underrated Tustin team was a good test for them to start the playoffs. With QB Luke Duxbury and WR Wilson Cal holding down a steady passing game and star RB Jun Ahn rushing for over 1,500 yards this season, the Lancers don’t have a lot of weaknesses to exploit offensively. LB Carson Irons leads a defense that has gotten the job done close to all year.

Notre Dame was blown out by Aquinas and couldn’t keep up with Elsinore, which doesn’t bode well against Sunny Hills. But they’ve had a good year anchored by a strong defense and a freshman quarterback in Dre Robles. This is the only game left in the Division 8 playoffs where one team is the substantial underdog, with Notre Dame here, but an upset is far from impossible.

League champion Palm Desert is riding a six-game winning streak. Like so many playoff teams around divisions 8 and 9, their offense is largely predicated on running the ball. Even sharing the backfield with speedy dual-threat QB Zavier Hill-Kemp, RB Simon Gaete has rushed for a mind-numbing 2,328 yards so far this season, with 28 rushing touchdowns.

They will come in on Friday as slight underdogs against Santa Barbara, who is also 9-2 and riding a six-game win streak with a league championship already won this year. Like with Palm Desert, the Dons’ schedule hasn’t been a joke this season, but they also don’t have many wins over particularly strong teams. Santa Barbara’s defense has been a touch better this year against slightly better opponents, and that’s why they have the slight edge. That said, it’s anyone’s game.

Aliso Niguel suffered a disappointing loss in the last week of the regular season to a surging Trabuco Hills squad (more on them later) to finish third in their league with San Juan Hills way out in front. But they still have to like their chances in the playoffs, and they bounced back with a convincing win over Santa Ana to make the quarterfinals. QB Kyle Kyckelhahn has thrown 2,911 passing yards this season and 27 touchdowns to only five interceptions. Their defense has been stellar for a Division 8 squad as well.

Palmdale is 10-1 with mostly blowout victories. They lost disappointingly to Canyon (Canyon Country) in the preseason, but made up for it with an upset win over Highland to lock in a league title. The Falcons’ biggest strengths are defense, and having a wide variety of offensive contributors without having to depend too heavily on any one individual.

Aliso Niguel has a small edge because of their strength of schedule, and because having one star playmaker to depend on–Kyckelhahn in this case–often bodes well in close playoff games. But if Palmdale won, it would be a stretch to call it an upset.

Four Division 8 playoff games, four potential thrillers. And this one has the potential to be the most exciting, because these two teams might be the most evenly matched.

Trabuco Hills started the season a bit slowly, with wins that could’ve been more convincing and a 42-0 blowout suffered at the hands of Villa Park, among a few other tough losses against strong teams. But since their schedule cooled off, they’ve been rolling, and two weeks ago they surprised Aliso Niguel in a close game to take second place in the Sea View League. They also took Sunny Hills to overtime this season–they should know that they can win the whole thing if they play their best football.

San Gorgonio is 9-2, with a lot of experience winning close games and some decent wins including Jurupa Hills. The Spartans are led by a strong junior quarterback in Seth Burbine, and a host of other solid playmakers. This game is up for grabs, with Trabuco Hills’ late-season momentum as one of the only possible factors to separate these teams.