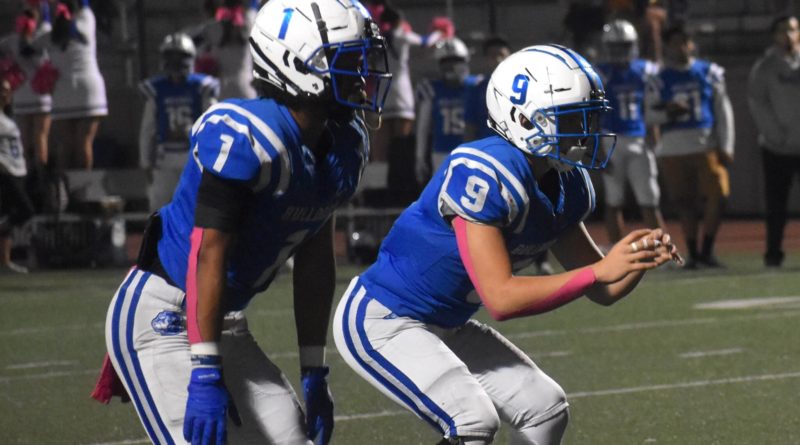 Both teams are coming off blowout victories against overmatched teams, and are a combined 19-3 this season. Other than cleaning up against a lot of relatively underwhelming opponents, the key piece of evidence that West Ranch has a solid chance is their 52-13 pounding of a very good Golden Valley squad to open league play. If they play that well, they can beat anybody in Division 7. But they’ve only played that well once this season.

Wilson is in a similar boat, with one loss coming to Long Beach Poly early in league play, one great win over San Jacinto in the preseason, and otherwise a bunch of beatdowns against teams that had next to no chance against them. They’re the clear favorite against West Ranch, but it’s not nearly as simple as just taking care of business. Whoever wins this game has an argument as the favorite to win Division 7.

11-0 Cypress has the opportunity to keep the dream season going against Ventura, and will be favored to do so this week. The Centurions haven’t struggled to put up points this season in the slightest, but it’s their defense that will prop them up against top-tier playoff teams. Wins against the likes of Capistrano Valley are evidence that Cypress can go all the way if they get hot.

That said, Ventura has more than a fighting chance. They’ll be a clear underdog, but they can absolutely compete with Cypress if they bring their best. It’s easy to overlook them at 6-5, but most of their wins have come to better teams than Cypress has faced, such as Camarillo, Oxnard, and Pacifica (Oxnard). Last week’s win against Northview was almost certainly their best of the season. The Cougars run every single skill position by committee, which can be hard to game plan against in the playoffs.

Cypress has about an 80% chance of pulling this one out, but if Ventura upsets them, the Cougars will be firmly planted in the title race.

Serrano won their biggest game of the year, and only real test, against Apple Valley for the league title a month ago. They look formidable despite the relatively easy schedule, and get one more warm-up this week with Burbank before it’s time for a couple real heavyweights.

That said, a win is not guaranteed. Burbank is feisty and fearless, and brings more energy than their opponents more often than not. The health of QB Rambo Araradian is a big question mark, and if he’s not 100%, they have almost no chance. But their near-comeback against Muir in October shows that even more talented teams have to bring it for four quarters to keep the Bulldogs in check.

Along with Wilson, Temecula Valley has to be considered the biggest threat to win Division 7 because of their strength of schedule. They were decent in the preseason, which featured some nice wins but ended with a surprisingly lopsided loss to San Jacinto. Then they turned it all the way on as soon as league started, and went from the distant fourth team in the pecking order to going 4-1 in league, stunning the entire Southwestern League and getting first place, and coming within three points away in a thrilling loss against Murrieta Valley from sweeping it entirely.

Carter will have their hands full, but they are coming off perhaps their best win over the season against Elsinore and have just enough offensive firepower to knock the Golden Bears off if they catch them sleeping. Their explosive scoring attack is led by QB Jonathan Salabaj and RB Gustavo Lopez. Will it be enough against scorching hot Temecula Valley, who has pretty much no weaknesses? Probably not, but it’s no foregone conclusion.