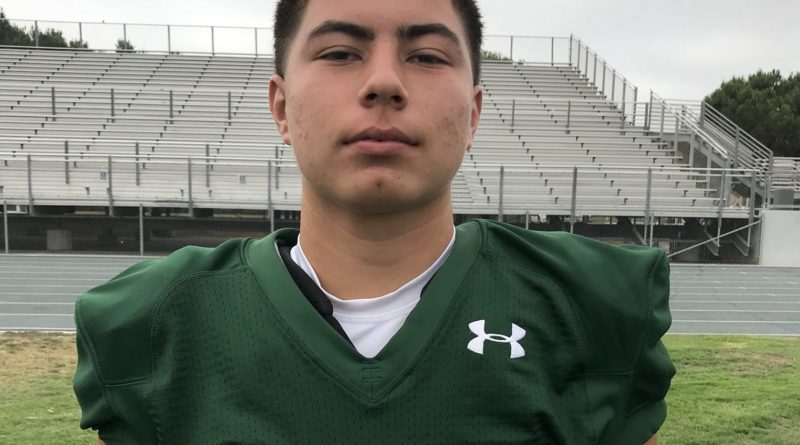 Before the season, we predicted that Division 6 was going to have one of the most wild division playoff races. So far, so good. Pacifica (Oxnard) is right in the thick of it

They’re 10-1 with their only loss coming in a good game against a strong Oxnard squad, and they’ve knocked the lights out against a number of strong middle-division playoff teams like Ventura and Santa Barbara. QB RJ Maria leads a potent offense couple with a defense that has been unwaveringly strong all year. They will be favored this week, but they haven’t yet beaten a team on the level of Citrus Valley.

The Blackhawks are 10-1 too, and have also blown out almost every single opponent this year. Like Pacifica, they have one loss narrowly coming against a very strong playoff team in a higher division (Cajon), and lack wins against great competition. QB Dylan Wheatley is the name to know here, as he’s closing in on 3,000 passing yards this season, with a solid receiving core and a great RB in Jordan Garcia-Frye behind him. Citrus Valley has had a noticeably easier schedule so the edge goes to Pacifica, but this game could go either way.

Crespi has proven a lot of doubters wrong this season, putting together a strong season despite lacking many signature wins. The Celts’ greatest strength is their well-roundedness–they have no glaring weaknesses, and enough threats to where opponents can’t focus on taking one or two main guys out of the game.

But they’ll need close to a miracle to knock off Ayala. The Bulldogs had a high ceiling coming into this season, but 11-0? Wins against Chino Hills, Diamond Ranch, and a league title over Glendora? Nobody saw that coming, and they join La Serna and Pacifica as Division 6 teams that could potentially win playoff games in Division 2.

Ayala isn’t incapable of gaining yardage in the air, but they revolve around a pair of running backs in Jacob Badawi and Matthew Munoz who are both closing in on 1,000 rushing yards on the season. Their defense has also been stellar, and they’d have to play their worst game of the season to lose this week, as good as the Celts are.

Pretty much everything said about Ayala can be said for La Serna. They were supposed to very good, a Division 6 contender to be sure, but the Lancers have crushed almost every foe badly without having played a particularly weak schedule. QB Andrew Henriquez leads a well-rounded offense with a lot of playmaking options to supplement a defense that almost no Division 6 teams can score on. They are at a major lack of wins against really good teams, unlike Ayala, but their margins of victory against all 11 teams they’ve faced paints the picture.

Los Altos is good enough to pull off the upset though, and if they do, the Conquerors are immediately a top contender to win the championship. Los Altos is 9-2 with their only losses coming narrowly to Glendora and Diamond Ranch, and a lot of easy wins against solid playoff teams. Like the Lancers, their strengths are great, well coached defense every quarter of every game, and having a balanced attack on offense. They’ll be quite the underdog against La Serna, but with some experience already against teams in La Serna’s ballparks, they certainly have a chance.

This may be the most evenly matched game of the week in Division 6 between two teams with outside shots at winning the title. Kaiser is undefeated with a lot well-contested low scoring victories under their belt, the best coming against Aquinas and Los Osos. Through 11 games, their excellent defense featuring LB Gabriel Ortiz has only allowed 100 points on the season. Dual-threat QB Trevian Tribble leads an offense that isn’t incompetent in the air but really shines running the ball.

While San Jacinto does have two losses on the year, they were to strong foes in Wilson (Long Beach) and Eastlake (Chula Vista), although that’s a level they’ll need to play at in order to win the division title. Their nine wins include a bunch of strong victories such as Murrieta Mesa, Beaumont, and a thunderous 41-3 blowout of Temecula Valley. Last week, they added Apple Valley to their impressive resume. Star dual-threat QB Kajiya Hollawayne has been phenomenal, and with their strength of schedule, San Jacinto should be given a slight edge.

This game will be fireworks between two teams who have had championship aspirations for a long time. Expect a close, hard-fought game, and if you like dual-threat QB battles, this isn’t one you can miss.